The Trump government is weighing a request to declare Crown Prince Mohammed bin Salman immune from a federal lawsuit accusing him of targeting for assassination a former top intelligence officer who could disclose damaging secrets about the prince’s ascent to power, according to legal documents related to the case.

The Saudi government has asked that the prince be shielded from liability in response to a complaint brought by Saad Aljabri, a former Saudi counterterrorism leader and longtime U.S. intelligence ally now living in exile in Canada.

A State Department recommendation could also lead to the dismissal of the prince as a defendant in other cases recently filed in the United States, including ones accusing him of directing the death and dismemberment of dissident journalist Jamal Khashoggi in 2018; and of targeting a hack and leak operation to discredit an Al Jazeera news anchor, Ghada Oueiss, in retaliation for her critical reports on Mohammed and the crown prince of the United Arab Emirates.

The State Department sent a questionnaire last month to Aljabri’s lawyers, soliciting their legal views on whether it should grant the Saudi request, according to a person close to the family who spoke on the condition of anonymity to discuss the pending litigation and the document, which The Post reviewed.

Attorneys for Aljabri and Mohammed and a spokesman for the State Department declined to comment, citing pending litigation.

The request to the Trump administration comes as the State Department, Aljabri’s family and supportive U.S. lawmakers have condemned Riyadh for detaining two of Aljabri’s children in a bid to silence him.

President Trump, though, has been an ardent supporter of the crown prince, who is sometimes referred to by his initials, MBS. Trump picked Saudi Arabia for his first official overseas visit and views the kingdom as central to U.S. efforts to isolate Iran and an important client for the sale of U.S. weapons.

He has blocked congressional efforts to censure the Saudi government and avoided criticizing the kingdom for alleged human rights abuses. After Khashoggi was killed two years ago by Saudi agents in Istanbul, Trump expressed doubts that Mohammed had a role in the killing, contradicting the findings of his own intelligence community.

It may be harder for Saudi Arabia to persuade the United States to confer immunity on Mohammed once Trump leaves office. President-elect Joe Biden has said he would “reassess” the U.S. relationship with the kingdom and has condemned Khashoggi’s killing.

Jamal Khashoggi’s death made the Saudi crown prince a pariah. Trump has helped rehabilitate him on the world stage.

In a statement on the anniversary of the journalist’s death in October, Biden said Khashoggi and his loved ones “deserve accountability.” A Biden administration, he added, would end U.S. support for Saudi Arabia’s military intervention in Yemen, and “make sure America does not check its values at the door to sell arms or buy oil.”

“If granted, the U.S. would essentially be granting MBS immunity for conduct that succeeded in killing Jamal Khashoggi and failed to kill my dad,” said Khalid Aljabri, a cardiologist in Toronto. He added, “Lack of accountability is one thing, but allowing impunity through immunity is like issuing a license to kill.”

At the time Aljabri filed his complaint, the State Department called him “a valued partner” to the U.S. government and said it would work with the White House to resolve the situation “in a manner that honors Dr. Aljabri’s service to our country,” according to a letter responding to U.S. senators who had written on his behalf.

The deliberation comes after lawyers for Mohammed and co-defendants earlier this month asked a federal judge to dismiss Aljabri’s lawsuit, accusing him, his children and his associates of misspending or stealing a “staggering” $11 billion allocated by the Saudi government to a counterterrorism fund under his management between 2001 and 2015.

“The flaws in this Complaint are so apparent and run so deep that it can only be regarded as an attempt to divert attention from Plaintiff’s massive theft. Plaintiff can say whatever he wants to the newspapers. But this case does not belong in federal court,” Mohammed’s lawyers said in an 87-page filing in federal court in Washington.

­Aljabri alleged in August that the Saudi crown prince orchestrated a conspiracy that sent covert agents into the United States to surveil and harass Aljabri and his family, and eventually ordered an elite “Tiger Squad” hit team to kill him in Canada 13 days after Khashoggi’s death in 2018, but the plan was disrupted by border agents. The lawsuit alleged the Aljabri scheme paralleled the one involving Khashoggi, the dissident Saudi columnist and Post contributor.

Mohammed’s response did not speak to the merits of Aljabri’s allegations, which is not required until a judge decides the dismissal motion. However, it asserted as a matter of law that the case must be dismissed, saying the alleged actions did not take place in the United States and that the crown prince and Saudi government enjoy sovereign immunity from civil claims in this country like other foreign governments, among other grounds.

“The immunity of foreign officials from suit in the United States is governed by the doctrine of common-law foreign sovereign immunity,” the prince’s lawyer, Michael Kellogg wrote.

Mohammed “has immunity based not only on his immediate familial relationship to the King, but also on his own ‘high-ranking office,’ ” Kellogg added. The filing said Saudi Arabia’s embassy made the immunity request in October and that the State Department “advised that it remains under consideration.”

“Aljabri’s complaint is steeped in drama, including an introduction that likens the crown prince to one of Shakespeare’s greatest villains,” the filing adds. “But, regardless of its merits as literature, the complaint fails as a legal pleading.”

A response from Aljabri’s lawyers is due after the new year and is expected to argue that the crown prince is not yet king and conspired in his personal capacity, so he should not be granted immunity, as asserted in his initial complaint. Aljabri’s lawsuit cites two U.S. statutes, the Torture Victim Protection Act, which bans extrajudicial killing, and the Alien Tort Statute, which allows victims of such illegal operations to sue in U.S. courts. He has previously denied Saudi allegations of theft.

The State Department typically consults with other U.S. government agencies before issuing a recommendation of immunity to the Justice Department, whose formal request is usually binding on a federal court. A decision can come quickly, such as for a head of state, or take months or years, depending on the circumstances and complexity of a case, legal analysts say.

A favorable decision, known as a “suggestion of immunity,” is only one option. The executive branch can also issue a statement of interest to a court that falls short of an outright declaration, proposing further inquiries or actions by a court. Or it can do nothing, essentially denying a request. 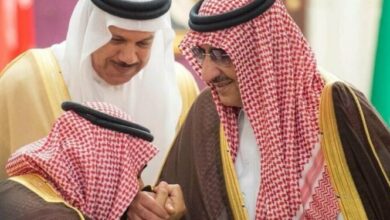 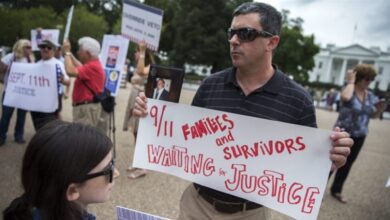 US judge says Saudi officials must testify in 9/11 lawsuit 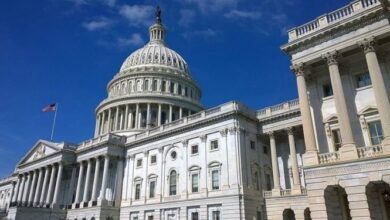 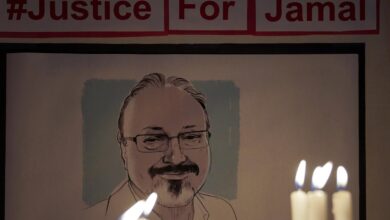