A US official has revealed that former President Donald Trump was obsessed with intelligence that Saudi agents used a “bone saw” to kill and dismember the body of journalist Jamal Khashoggi.

Kristen Fontaine-Rose, then the Gulf affairs officer for the National Security Council, told Yahoo News that the former president continued to speak about that detail of the horrific crime.

He allegedly said at the time: “Tough negotiations took place. I’ve never had to deal with a bone saw before.”

Christine Fontaine-Rose told this story in the latest episode of the Conspiracyland podcast series, which revolves around the assassination of Khashoggi, who was last seen at the Saudi Consulate in Istanbul in 2018.

According to Christine, he is in numerous contacts with King Salman and Crown Prince Mohammed bin Salman.

At the time, the US President repeatedly asked whether they had knowledge of the murder or had ordered it, but they denied their involvement and promised to reach the truth of the matter.

“He kept coming back to that point over and over again, trying to put pressure on them, and telling them: ‘This changes everything, we need to know,'” the former official said. We are with you, and we stand by Saudi Arabia.”

She added that Trump tried to get to the truth of the matter, “Was there a bone saw? Was a bone saw used?”

As Christine revealed, the former president turned to Secretary of State Mike Pompeo at one point and asked, “Have you ever had to talk about a bone saw in a negotiation?

He replied, laughing, “No, Mr President. Then he continued to insist on that point over and over, and each time, he was answered: No, no, no Donald. We didn’t know anything about this. We are still trying to find out the truth of the matter.”

The crown prince has long denied the allegations, insisting he had nothing to do with Khashoggi’s murder and claimed that “rogue killers” acted outside the guidance of the Saudi government.

However, the US intelligence service published a report earlier this year that Crown Prince Mohammed bin Salman knew of the plan to kill the 59-year-old journalist, whose body was never found.

Khashoggi, a confidant of the Saudi royal family who has turned into an opponent, was killed and dismembered at the Saudi consulate in Istanbul in 2018.

While trying to extract personal papers, after Saudi officials initially insisted that Khashoggi had left the building alive, Saudi authorities admitted the journalist had been killed two weeks after his assassination.

The murder shocked all American political circles, which intensified criticism of the kingdom in Congress.

The Hill: The threat of a UN investigator exposes bin Salman’s criminal retinue 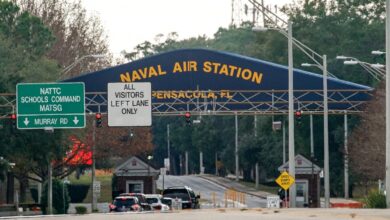 US lawsuit blames Saudi Arabia for 2019 Florida naval base shooting 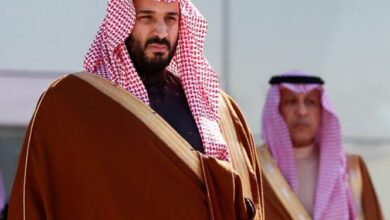 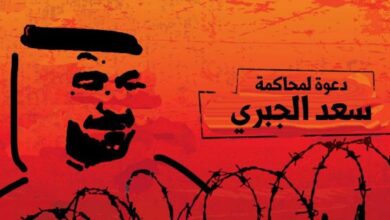 Demands to prosecute Saad Al-Jabri for his human rights violations