With Emeriti guidance, it seems that Kuwait has become the new bin Salman target, similar to Qatar. This has been clear from the Saudi media directive to create confusion in Kuwait by publishing unreliable reports and materials harmful to Kuwaiti national security.

Saudi writer Turki Al-Hamad attacked the State of Kuwait, saying that it is “controlled by followers of the Muslim Brotherhood, Turkey, and Iran,” stressing that the future of Kuwait is “dark” in light of this situation, which sparked widespread anger among Kuwaitis on social media.

Al Hamad, in a tweet, said that “Out of love for Kuwait, I say there will be no future for it, as long as the two sides of political sectarianism control it, and everyone has loyalty that has nothing to do with Kuwait. The Muslim Brotherhood are loyal to Turkey, and political Shi’ism is loyalty to Iran.”

Al-Hamad, who is close to the Saudi royal court, added, “With such a structure, with widespread corruption and a dysfunctional demographic composition, the future of Kuwait is dark, and our people in Kuwait are excused.”

In 2016, Bin Salman announced his 2030 Vision, which faces severe difficulties and challenges. The smart city of Neom alone needs $ 500 billion, and it is scheduled to be established in the northwest of the country to overlook the Red Sea, and it will include flying taxi cars and robots, according to the Saudi authorities.

In October 2018, the murder of Saudi journalist Jamal Khashoggi inside his country’s embassy in Istanbul, Turkey, shook the international opinion. Reports issued by the American Central Intelligence Agency (CIA) suggested that the killing of Khashoggi came on orders from Bin Salman.

Khashoggi’s assassination coincided with fierce wars in Yemen, led by Saudi Arabia and the United Arab Emirates, and resulted in only the largest humanitarian catastrophe in the world, and the completion of billions of American-US military deals.

The economic crisis led the Saudi Ministry of Finance to announce freezing a number of major projects related to development, in addition to the decision to stop the cost of living allowance starting from next June and raise the value-added tax rate from 5% to 15% starting from the first of July / July 2020, except for allowing the salaries of thousands of employees in the private sector to be reduced to 40% with the possibility of terminating employee contracts.

Legally, the Kingdom continues to detain hundreds of political detainees, preachers, and imams in its prisons, without fair trials.

On the Arab level, the Kingdom still supports counter-revolutions and repressive regimes and promotes normalization with Israel. 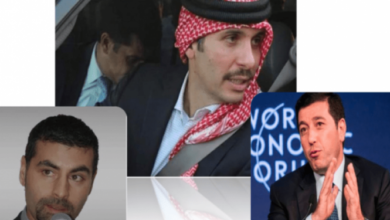 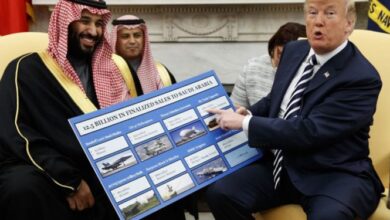 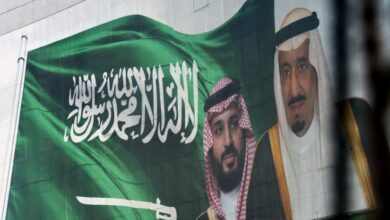 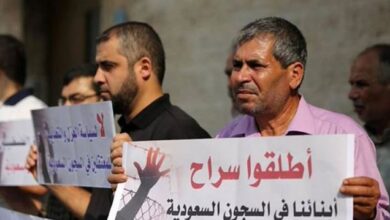