The Arab Organization for Human Rights in the UK called for an end to the systematic medical neglect of prisoners of conscience in Al Saud prisons.

In a press statement, the organization expressed its grave concern over the life of the prisoner of conscience Salman al-Awda. It also held the Al Saud authorities responsible for the severe health complications he suffers from as a result of medical negligence.

Dr Abdullah, son of Salman al-Awda, tweeted that his father “partially lost his hearing and sight,” according to the prison doctor. He added that the Saudi authorities “still want to harm him!”

The organization confirmed that systematic medical negligence in the prisons of the Al Saud regime led to the death of many detainees.

It expressed its concern that al-Awda would face the same fate, especially that he was subjected to arbitrary and continuous ill-treatment, whether in Dhahban prison or al-Ha’ir. al-Awda was transferred blindfolded, handcuffed and thrown in the back of a seatless car designated for transportation.

The organization stressed that al-Awda – like many of the detainees such as Lujain Al-Hathloul, Nassima Al-Sada, Samar Badawi, Nouf Abdel Aziz, Salah Haidar, Walid Abu Al-Khair, Issam Koshak, Raef Badawi, Abdel-Rahman Al-Sadhan, and other foreigners detained on the background of Political cases. They are subjected to farcical trials in which accusations are thrown arbitrarily, before a politicized judiciary that is emerging from a corrupt and dilapidated system.

In September 2017, the Al Saud authorities arrested prominent preachers and activists in the country, including Salman al-Awda, Awad al-Qarni and Ali al-Omari, on charges of “terrorism and conspiracy against the state.”

Despite numerous demands by international and non-governmental human rights organizations, public figures and activists were made to release them. However, the Saudi authorities ignored the demands and referred the prisoners to meagre trials.

The organization called on all activists, writers, journalists, human rights defenders and human rights organizations to give the issue of detainees in the prisons of the Al Saud regime of utmost importance and to press the authorities for the immediate release of all prisoners of conscience, especially those suffering from severe health conditions. 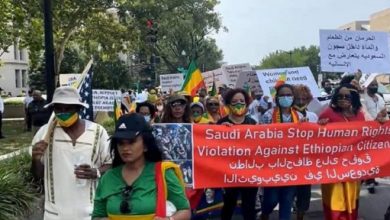 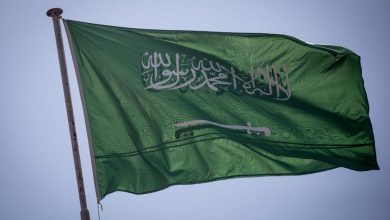 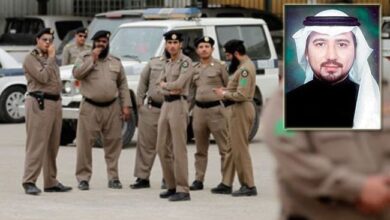