Last month, nearly 1,700 loved ones of victims of the terrorist attacks of September 11, 2001, wrote a letter to US President Joe Biden. The message was blunt: Order the declassification of documents related to Saudi Arabia’s involvement in 9/11, or don’t bother coming to New York to mark the 20th anniversary of the destruction of the World Trade Center.

“The blame for this doesn’t all fall on Biden, but it needs to end here,” Terry Strada, the national chair of 9/11 Families & Survivors United for Justice Against Terrorism, told The Media Line.

Strada’s husband, Tom, was killed in the twin towers.

President Biden pledged during his presidential campaign to declassify information related to the attacks but has slow-walked fulfilling the promise. Strada instead worked with leaders in the US Senate to introduce the bipartisan September 11 Transparency Act, legislation that would mandate the Department of Justice, Central Intelligence Agency and director of national intelligence to proceed with declassifying documents.

“The legislation is modeled on the Abbottabad document declassification review that Congress passed in 2014, and which ultimately led to the declassification of troves of documents recovered during the United States’ raid on Osama bin Laden’s compound,” wrote Menendez, the chair of the Senate Foreign Relations Committee. While his committee conducts regular oversight on Saudi Arabia, a hearing on the bill has not yet been set.

But the message was apparently heard, and President Biden finally acquiesced, publishing an executive order late last week directing the Department of Justice and other government agencies to review documents related to the FBI’s 9/11 investigations for potential declassification. President Biden’s order requires Attorney General Merrick Garland to release the declassified documents publicly over the next six months.

“The Saudis have three ways of doing business: Bribe, threaten or kill. There is always the threat of the oil spigot being turned off, but we are less dependent on the Saudis for that than ever before,” she said.

The 75-year relationship between the US and Saudi Arabia has essentially always been one of military protection for oil security. The ties have weathered the storm of the Saudis’ punishing oil embargo of the US in the early 1970s, and America’s invasion of Iraq, which the Saudis opposed, fearing (correctly) that it would empower Iran.

“The embargo had a long-lasting effect on the relationship that still lasts today,” Joseph Westphal, who was US ambassador to Saudi Arabia from 2014 to 2017, told The Media Line.

The embargo was the Saudis’ way of trying to force a political settlement on the Israeli-Palestinian conflict favorable to Arab interests.

The Iranian revolution of 1979 left the Saudis as an even bigger player in the American oil market. The larger impact of the revolution, though, was the fear of an overthrow that it brewed inside the kingdom, leading to an empowerment of hard-line religious leaders, including Osama bin Laden.

Nineteen hijackers participated in the 9/11 attacks. Fifteen of them were Saudi nationals.

Under domestic pressure, the US eventually commissioned a report on 9/11 and concluded that there was no evidence that the Saudi government “as an institution” or that “senior” Saudi officials “individually” funded the hijackers, but noted “the likelihood” that “charities with significant Saudi government sponsorship diverted funds to al-Qaida.”

A 2002 congressional inquiry that was declassified in 2016 indicated a connection between the September 11 hijackers and Saudi agents, but ultimately drew no clear lines between Riyadh and the attack itself.

On Wednesday, Saudi Arabia issued a preemptive statement ahead of the expected release of newly declassified documents.

“Previous declassification of materials relating to the September 11 attacks … only have confirmed the 9/11 Commission’s finding that Saudi Arabia had nothing to do with this terrible crime,” the Saudi Embassy in Washington said in a written statement. “It is lamentable that such false and malicious claims persist.”

Though the kingdom said it welcomed the release of the documents, it expressed indignation at the continued accusations lobbed at it.

“Saudi Arabia knows all too well the evil that al-Qaida through its ideology and actions represents. Alongside the US, we have been al-Qaida’s top target, even before the September 11 attacks. Saudi Arabia is very proud of its anti-terrorism record, including its efforts to thwart terrorist financing, its comprehensive strategies to counter extremist ideology in both the public domain and online, and the degradation and defeat of terrorist organizations throughout our region,” the statement continued.

“The kingdom is an essential counterterrorism partner to the United States. Together, our two countries have countered ISIS in Iraq and Syria, and delivered severe setbacks to al-Qaida in the Arabian Peninsula and ISIS in Yemen, among other successes. The coordinated work of Saudi Arabia and the United States to disrupt and intercept terrorist plots over the last 20 years undoubtedly has saved the lives of thousands of Saudis and Americans, and made the world a safer place,” the statement said.

Immediately after 9/11, lawyers for victims’ families filed suits against Saudi charities and individuals suspected of funneling money to the hijackers, but could not sue Saudi Arabia directly. That changed in 2016 when Congress overrode a veto by then-President Barack Obama and amended the Foreign Sovereign Immunities Act.

Thousands of victims’ relatives sued Saudi Arabia in 2017 for complicity, but were outraged last year when then-Attorney General William Barr said the documents must stay classified to protect national security, just months after then-President Donald Trump had promised to free the FBI files.

The day that President Biden signed his executive order, the plaintiffs’ attorneys asked for an extension of a September 15 discovery deadline to review incoming evidence and update reports, court records show. But the Saudi government’s attorney argued the discovery period has already lasted more than three years and has yet to produce concrete evidence of senior Saudi officials’ involvement. The judge in the case has yet to make a ruling.

“That was a really negative time,” former US envoy to Riyadh Robert W. Jordan told The Media Line, in describing the US-Saudi relationship in the immediate aftermath of 9/11. He was sent to the kingdom just a month after the attacks.

“There was a seething unhappiness with the negativity coming from US politicians, religious figures and more that colored the relationship to a great degree,” Jordan said.

The subsequent American-led overthrow of Saddam Hussein in Iraq led to another fissure in the relationship.

Saudi paranoia about growing Iranian influence “was exacerbated by the Iraq invasion and its aftermath. The Saudi foreign minister told me: ‘You have now turned Iraq over to Iran on a silver platter,’” said Jordan, who served as ambassador until 2003.

The Obama administration’s embrace of Islamic leaders in the wake of the Arab Spring, along with its failure to intervene in the Syrian civil war and its relentless pursuit of a nuclear accord with the Iranians, further pushed away the Saudis. Only a curiously close relationship with President Obama’s successor, President Trump, put a Band-Aid on the relationship.

But the past few years have pushed US-Saudi ties to a lower point than at any time post 9/11. Last year, the Saudis again inflicted damage on the US economy when, in a price war with Russia, they deliberately crashed oil prices at a time of global economic collapse amid the coronavirus pandemic. US shale producers, reliant on hefty oil prices to stay profitable, suffered mightily.

Many US lawmakers, especially Democrats, were already furious at the Saudis for their handling of a brutal war in Yemen and the Saudi state-ordered butchery of journalist and US resident Jamal Khashoggi. The economic warfare during the pandemic turned some Republicans against the kingdom, as well.

Most Saudi oil is now sold to China and other Asian buyers, rather than to Europe and the US, while America continues its decoupling from its dependence on Middle East oil. Still, Saudi Arabia is America’s largest buyer of arms, and the US has a number of military bases in the kingdom.

But it is clear from the legislation introduced in the Senate that few, if any, of its proponents are concerned about any diplomatic, military or other fallout from the declassification process at hand. Even President Trump refused to respond to a 2019 attack, allegedly by Iran, on Saudi oil facilities, and was quite clear that US interests needed to be distinguished from those of the Saudis.

President Biden’s withdrawal from the region, and his administration’s continued pursuit of re-engagement with Iran, have even led to unfruitful rapprochement attempts by the Saudis toward the Islamic Republic. Saudi Deputy Defense Minister Khalid bin Salman signed a military cooperation agreement with Russia within days of the fall of Kabul.

While the Saudis don’t have an empty hand, they certainly don’t hold the cards they used to. That means the Biden administration has greater freedom of action to declassify 9/11 documents, and the result could mean a bottoming out of the US-Saudi alliance. 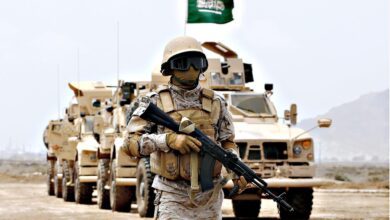 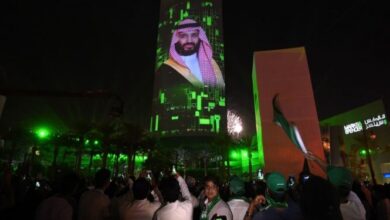 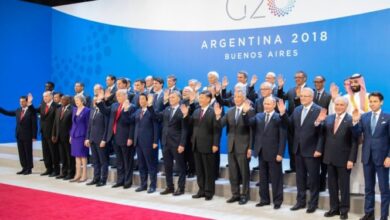