During his four years in the Oval Office, former President Donald Trump played the role of advocate-in-chief for the Saudi government. He not only green lighted all its foreign policy initiatives, while shielding it from Congressional oversight, but he also helped its Crown Prince cover up the grisly murder of Washington Post journalist Jamal Khashoggi.

Saudi Arabia was Trump’s first official trip as President. His conversations with the Saudi Crown Prince, Mohammed bin Salman (MbS), were stored illegally on a secret server, while Trump’s son-in-law, Jared Kushner, held a secret and direct line to the de-facto Saudi ruler.

These were the good times for the Saudi government, but they ended the day Joe Biden was sworn in as the 46th US President on January 20. The new President has ended US military support for the Saudi-led war in Yemen; paused arms sales; condemned MbS for his role in the murder of Khashoggi; and initiated reproachment with the Iranian government, while at times channeling the Democratic Party’s increasingly hostile discourse towards the US-Saudi relationship.

Polls show a majority of the American public view Saudi Arabia as an enemy rather than an ally.

Polls show a majority of the American public view Saudi Arabia as an enemy rather than an ally, with only 4 percent holding a “very favorable” view of the Middle Eastern country.

With relations and its reputation at an all-time low, the Saudi government is responding only as it knows how, by launching a flashy and expensive new propaganda crusade.

According to recent foreign lobbying disclosures filed with the Department of Justice, Saudi Arabia has plans to introduce a new digital news platform based in Washington DC.

The initiative has the backing of the Saudi Technology Development and Investment Company (Taqnia ETS), with Prime Time Media assisting in the platform’s development to the tune of US$1.6 million.

Taqnia ETS is “supervised and financed by the Saudi Ministry of Information,” according to the lobbying disclosure report.

In a recent interview, Prime Time Media’s CEO – Elie Nakouzi – confirmed Taqnia ETS’ plans to launch an international online platform before the end of the year, but denied it will be used to do “lobbying or PR services.” The claim is patently absurd on its face, given the tens of millions of dollars Saudi Arabia has invested in ramping up its lobbying and propaganda efforts in the years since Khashoggi’s murder in 2018.

In fact, Saudi Arabia funneled more than US$27 million into influence operations in the first year following the US-based journalist’s death, according to filings in OpenSecret’s Foreign Lobby Watch database. The vast majority of this lobbying spending was targeted in the US towards elected lawmakers, influencers, think tanks, traditional media, and social media platforms.

A New York Times investigation found that the Saudi government had employed a spy to work inside Twitter, to help track dissidents like Khashoggi online, while also deploying a “troll farm” to go swarm their posts and pages with threats and smears.

Moreover, this “news platform” – a term used to describe the venture in the filing documents – comes just as the Saudi government has hired a “new crop” of lobbyists to curry better relations and favors from the Biden administration and US Congress.

These new hires include the Larson Shannahan Slifka Group, also known as LS2group, which the Saudi government has agreed to pay US$1.5 million per year to inform “the public, government officials, and the media about the importance of fostering and promoting strong relations between the United States and the Kingdom of Saudi Arabia.”

According to CNBC, the Saudi government’s news platform has already recruited journalists and presenters who have had past experience with Fox News, Al Jazeera, NBC, and SiriusXM radio.

One can only imagine the gushing and glowing praise the news platform will heap upon the Crown Prince and his domestic and foreign policies.

One can only imagine the gushing and glowing praise its editors and commentators will heap upon the Crown Prince and his domestic and foreign policies. This will likely include Saudi tourism and Vision 2030, which is designed to conceal MbS’ authoritarian and repressive rule by convincing Western tourists and investors the country is undertaking progressive social reforms.

In using a metaphor American audiences might understand, it’s almost certain the news platform will amplify and give life to the Saudi Crown Prince’s lies, false narratives, and conspiracy theories, the same way Fox News does exactly that for Trump and his sycophants.

Americans are not only drowning in a sea of misinformation, disinformation, and conspiracy theories because of Trump and the right-wing media ecosystem, but also because autocratic nation state actors – such as Saudi Arabia, Iran, China, and Russia – have figured out they can shape American attitudes by flooding social media feeds with news stories – both real and fake – that advance their respective interests.

The arrival of a Saudi government funded news platform will only add to the confusion and disorientation that a large chunk of US voters is currently experiencing. It’s a muddle that has created a false reality in which more than 50 percent of Republican Party voters still believe the 2020 election was stolen from Trump—a reality that mobilized a violent insurrection on the US Capitol on January 6.

By CJ Werleman for Inside Arabia 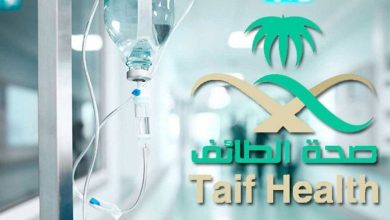 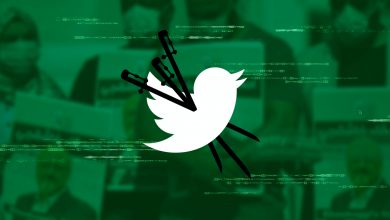 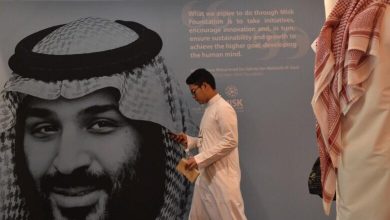