A US official said that the Saudi government “owes us because one of its citizens” shot at an air base in Florida while participating in training operations, killing three people before the police killed him.

The attacker, who is from the Navy, who could be a pilot or a technician in the field of aviation, carried out his attack with the help of a pistol.

King Salman called US President Donald Trump to offer his condolences, according to the latter’s tweet on Twitter.

Trump said that King Salman condemned the “barbaric” attack, and said that the killer did not reflect his people’s feelings toward the Americans.

In Riyadh, the official news agency confirmed the call, and quoted the king as confirming that the kingdom “stands next to the United States” and denounced “heinous crime.”

The King also issued directives “to the Saudi security services to cooperate with the relevant American agencies to access all information that helps uncover the circumstances of this incident.”

American investigators are continuing to work to confirm whether the attack was terrorist. The majority of the perpetrators of the 11 September 2011 attacks were of Saudi nationality.

“I think there will be a lot of questions about this person, a foreigner, and a member of the Saudi Air Force, who was training on our soil and committing this,” Florida Governor Ron Desantis said at a press conference.

He added that the Saudi government “owes it to us because it is one of its nationals.”

The attack took place in a classroom at the Pensacola base, according to David Morgan, the county police director, without clarifying the name of the perpetrator or his motives.

According to the preliminary toll, the attack killed three people and wounded seven others, in addition to killing the attacker.

Morgan said that the attackers, “killed”, were wounded during the exchange of fire.

He added in a press conference that “reviewing the crime scene is like reviewing the location of filming (…) We did not expect anything like this here.”

A witness named Jeff Bargosh told the local newspaper “News Journal”, a worker at the base, that “about a hundred vehicles belonging to the security forces deployed at the place.”

The Pensacola base includes about 16,000 soldiers, and about 7,000 civilians work there. It also includes air show teams similar to the team “Blue Angels”.

The base uses the US Navy for training programs intended for soldiers from allied countries.

The shooting came two days after a US navy personnel shot and wounded a third person at a warship dock at Pearl Harbor, Hawaii.

The perpetrator of the attack, who is 22 years old, was wearing a military uniform, and he used “M4” weapon, before he committed suicide with a pistol. His motives are not known yet.

Several similar incidents have occurred in recent years on US bases, committed by soldiers.

In September 2013, ex-Marine Aaron Alexis killed 12 people at a Navy complex in Washington, before soldiers killed him.

In November 2009, a Palestinian military psychiatrist killed 13 people and wounded 32 at the Fort Hood base in Texas, before he was injured and arrested.

Hundreds of Saudi soldiers annually conduct training with the American military, reflecting the level of advanced relations between Washington and Riyadh. 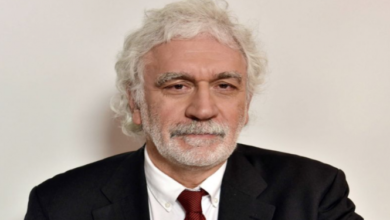 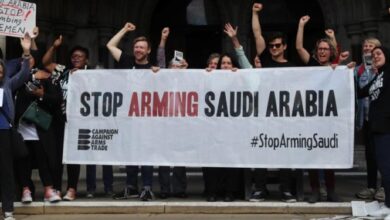 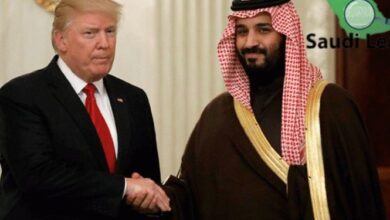 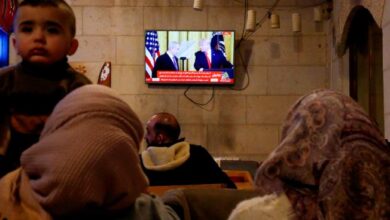