Amnesty International said that the US granting MBS impunity is a deep betrayal. Responding to the US government’s legal submission calling on a US Court to grant Crown Prince Mohammed bin Salman immunity from a lawsuit filed by murdered journalist Jamal Khashoggi’s fiancée, Agnès Callamard, Amnesty International’s Secretary General, said:

“The US government should hang its head in shame. This is nothing more than a sickening, total, deep betrayal. First the evidence of the Crown Prince’s involvement in Jamal Khashoggi’s murder was disregarded by President Trump, then President Biden’s fist bump – it all suggests shady deals made throughout.

“For the Saudi government to seek to extend immunity to Mohammed bin Salman simply by declaring him Prime Minister is beyond cynical. It is disappointing that the US government has given effect to this legal ruse. This sends a deplorable message that those in power – be they heads of state, government officials with blood on their hands, generals commanding war crimes, ministers ordering abduction and torture, corrupt executives – are free to operate above the law with total impunity.”

“Mohammed bin Salman must face a court of law to answer these serious allegations and we hold out hope that the US court system will reject the department of justice argument and ensure that the matter proceeds to trial. No one should be assured immunity for such heinous crimes and we, and the international human rights movement as a whole, will not rest until those responsible for Jamal Khashoggi’s murder are brought to justice.”

And Human Rights Watch said that the US State Department’s legal position that Saudi Prime Minister Mohammed bin Salman, known as MBS, cannot be sued while head of government highlights the Biden administration’s failure to seek accountability for MBS’s role in the brutal murder of American journalist Jamal Khashoggi in 2018.

On November 17, the State Department filed a statement of interest that “recognizes and allows the immunity of Prime Minister Mohammed bin Salman as a sitting head of government of a foreign state.” The statement was submitted in a civil case filed in October 2020 by both Hatice Cengiz, Khashoggi’s fiancée, and Democracy for the Arab World Now (DAWN), against MBS and more than 20 other alleged coconspirators, seeking to hold them liable for Khashoggi’s murder. US intelligence in February 2021 revealed that MBS approved Khashoggi’s murder.

Saudi King Salman bin Abdulaziz’s appointment of MBS as prime minister on September 27, 2022, came days before a deadline for the US State Department to provide a response to a US district court on the question of MBS’s possible immunity. The deadline was later extended.

Despite saying during his presidential campaign that he would make Saudi Arabia a “pariah,” US President Joe Biden has failed to seek accountability for MBS’s role in Khashoggi’s murder and other serious abuses. This failure, combined with Biden’s disastrous July trip to Saudi Arabia and notorious fist bump with MBS, was followed by an uptick in serious violations of human rights by Saudi authorities.

In August, a Saudi appeals court dramatically increased the prison sentence of Saudi doctoral student Salma al-Shehab from 6 years to 34 years, based solely on her Twitter activity. Other people – including at least one US citizen – critical of the Saudi government on social media have received extreme prison sentences from Saudi courts.

Biden’s campaign promise to make Saudi authorities “pay the price” for Khashoggi’s heinous murder has not been met. Absent real sanctions against the Saudi government for its transnational repression, MBS will read US policy as a “green light” to continue committing abuses at home and abroad while enjoying generous US military, diplomatic, and political support. 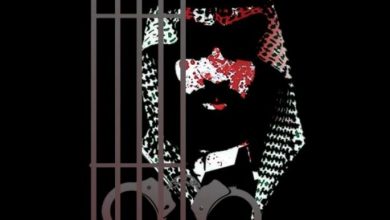 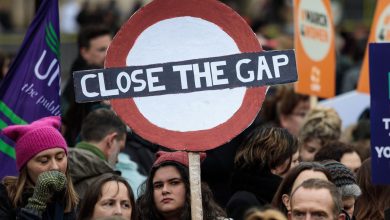