The official Turkish News Agency (Anatolia) monitored a new professional fall for the Saudi media when a channel affiliated with it attempted to implicate Turkish pilgrims.

The channel indicated that the Kingdom canceled all types of tourist visas or Umrah visas on February 27th, that is, 24 days before the announcement of a Turkish citizen’s infection of the new Coronavirus, Covid-19, the Saudi satellite channel claimed that he was a “pilgrim”, as the measures included the suspension of permission to enter those wishing to perform Umrah and visit The Prophet’s Mosque, and tourists temporarily.

Strangely enough, these activists were not raised by the statements of the Egyptian Minister of Health, Hala Zayed, except on a small scale but rather “timid” when I announced two days ago that “there are 30 injuries of returning Umrah among Egyptians.”

The figure today is huge, it is 119 new cases in the Kingdom, and its magnitude lies in “72 cases are from the Turkish pilgrims, which caused them injury is one case of Turkish contact that caused infection to an entire hotel of the Turkish pilgrims in Makkah Al-Mukarramah.”

That is what is said by MBC correspondent Badr Al Sharif from Jeddah.

How can a famous channel reporter release information that was not released first by the spokesman of the Saudi Ministry of Health, Muhammad al-Abd al-Aali?!

What raised the question is what the Saudi Minister of Health said that “72 cases of Turkish citizenship being isolated in a hotel in Makkah Al-Mukarramah. They were discovered early during the epidemiological investigation of a previous case announced a week ago from Turkey, all of them without symptoms.”

On Sunday, the Ministry of Health announced that 119 new cases had been registered , bringing the total to 511 cases and 17 recovering, and indicated that the biggest cause of these injuries was the lack of commitment to prevent gatherings.

If we take into account that the Turkish community in Saudi Arabia exceeds 120 thousand, it will be easier for us to understand that the case of the infection that was recorded for one of the Turks in Makkah and caused the injury of 72 others as a result of his contact, it is possible that the owner is resident and not a pilgrim, or he may have been traveling to Saudi Arabia from Turkey during the pandemic’s spread in the countries of the region, for reasons that we consider to be relevant to the data below:

Second: Saudi Arabia canceled all types of tourist visas or Umrah visas on February 27th, that is, 24 days before the announcement of the infection to the Turkish citizen, as the measures included the suspension of permits to enter those who wish to perform Umrah and visit the Prophet’s Mosque, and tourists temporarily.

Third: The competent Saudi authorities suspended the performance of Umrah for citizens and residents on its territory temporarily as of March 4, that is, 18 days before the announcement of the Turkish citizen’s infection, taking into account that the incubation period for the virus before the onset of symptoms ranges between three and 14 days.

Fourth: The Saudi authorities suspended all flights to and from Turkey as of March 9, two weeks before the announcement of the injury to the Turkish citizen, whom the MBC correspondent described as a “pilgrim”.

The news broadcast by MBC has sparked an interaction between social media activists who took advantage of the channel’s reporter, to further abuse Turkey and hold it responsible for all cases of coronavirus, including those recorded by Saudi Arabia before Turkey recorded its first infection on March 11. 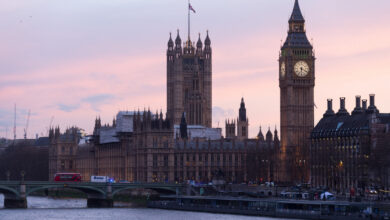 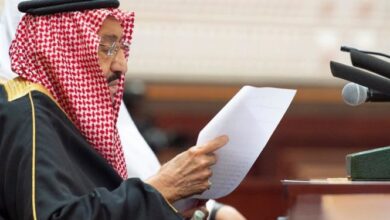 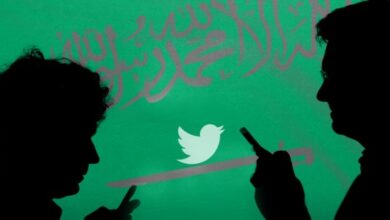 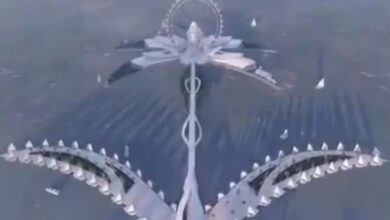