In a recent report by the DAWN think-tank, two well-known pundits revealed the extent of the fragility of the American and Suadi relations, which grew fierce after the Ukraine crisis. The two writers examined the hypocrisy of the U.S. foreign policy in the Middle East and its double-standard measures, comparing Biden’s administration stance on Russia and authoritarian regimes in the Middle East, especially Saudi Arabia.

Policymakers and other observers have long dismissed the consequences of America’s double standards and hypocrisy in the Middle East as negligible. After all, however, frayed U.S. credibility, the U.S. and its European allies’ shared economic and political interests have been more than sufficient to foster strong cohesion in responding to Russia’s invasion of Ukraine. But the war has also made plain a much graver consequence of America’s Middle East policies, eroding the very international laws and principles that the U.S. and Europe are today desperately clinging to condemn Russia’s aggression.

The strategic importance of Ukraine and the exceptional, even existential, ramifications of superpowers at war are indisputable. But there’s nothing necessarily unique or extraordinary about Russia’s violations. Each Russian action in breach of human rights and humanitarian law, abroad or at home—its unlawful incursion and annexation of Ukrainian territory; bombardment of civilian areas and use of banned weapons; its ruthless crushing of dissent and murder of journalists inside Russia—has its counterpart in the conduct of America’s allies in the Middle East.

The Saudi-led war in Yemen is a case in point. With bombs made and sold by the U.S., Saudi airstrikes have destroyed schools, medical clinics and homes—like Russia did in Syria, and is now doing again in Ukraine. Not even Putin has imposed the likes of the Saudi and Emirati blockade of Yemen by land, air and sea, now going on seven years. Saudi Arabia and the UAE have put millions of Yemenis on the brink of starvation in a monstrous act of collective punishment. As a result, the world faces the inescapable discombobulation of urging the U.S. to save the children of Ukraine while it helps bomb the children of Yemen.

It’s no surprise that Putin scoffs at Western demands that he abide by international law while the U.S. aids and abets other breaches of international law by its “allies and partners” in the Middle East. For the first time, perhaps, the Ukraine conflict has brought into stark relief the consequences of the erosion of these international laws to Western security. It’s not just “other” people in faraway lands who are at risk as a result, but everyone in Europe.

The Biden administration insists that America’s support for the Middle East’s most brutal governments is worth these costs because they serve American interests. Yet the war in Ukraine has also helped clarify just how unreliable America’s supposed partners in the region are, taking advantage of a global moment of vulnerability. Saudi Arabia, the UAE and Israel all ignored the Biden administration’s pleas to punish Russia for its invasion, acquiescing to only a toothless, exhortatory U.N. General Assembly resolution. Israel, along with Bahrain, Oman, Qatar and Saudi Arabia, refused U.S. requests to join 87 countries in co-sponsoring a U.N. Security Council resolution demanding Russia withdraw from Ukraine. Instead, Israel offered safe haven to fleeing Russian oligarchs—as the UAE is doing too.

The UAE abstained on the Ukraine resolution in the Security Council, apparently in exchange for Russia’s support on a different resolution to designate the Houthis in Yemen as a terrorist group. Both the UAE and Saudi Arabia reportedly refused to take calls from Biden “as the U.S. was working to build international support for Ukraine and contain a surge in oil prices.” It’s unclear who will agree to meet with Blinken on his upcoming trip to Saudi Arabia and the UAE.

Saudi Arabia has turned the U.S. requests for help over Ukraine into an opportunity to haggle with the Biden administration. Crown Prince Mohammed bin Salman has refused Biden’s request to increase oil output, unless he increased American support for the Saudi-led war in Yemen and intervened in the U.S. judicial system to stop three civil lawsuits against him—including from our organization, DAWN—for the murder of Jamal Khashoggi, the attempted murder of former Saudi official Saad Aljabri, and the harassment and hacking of Lebanese journalist Ghada Oueiss. It’s hard to imagine keeping the global price of oil hostage to private lawsuits seeking money damages, but is MBS’s petulant, impulsive decision-making really such a shock?

The war in Ukraine has abruptly clarified the true nature of America’s relationships with abusive governments in the Middle East that are supposed to be some of its closest allies. They are, in fact, transactional, disposable but costly exchanges masquerading as partnerships and alliances. There should be nothing surprising in seeing unaccountable, mercenary rulers, like those in the Gulf, put their thumb to the wind in deciding who to befriend and who to betray. But it should be a moment of recognition that aiding and abetting these governments is a self-inflicted wound in the battle for democracy, freedom and the rule of law. 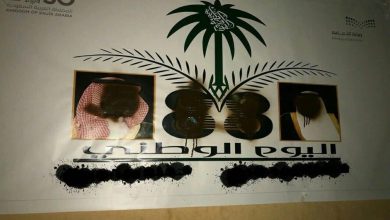 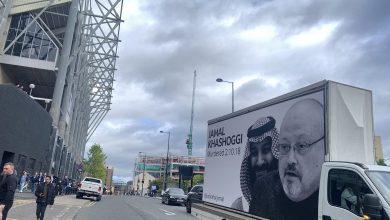 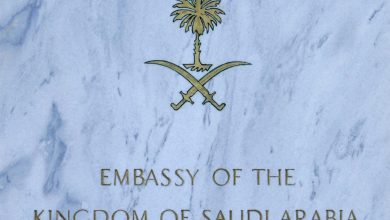