Human rights activists have been crying out for weeks to save the well-known Islamist cleric Salman al-Awda, who is unfairly sentenced to death after months of illegal and arbitrary detention.
They tweeted under the hashtag reading: ‘We will save Salman al-Awda’, by demanding his release and urge intervention to save his life.
The campaign was widespread among activists and on social media sites, as once the media and the press were full of condemnation of the Al-Saud crimes and their violations.
new information was revealed related to the conditions of Sheikh Salman al-Awda’s detention, and information about the Saudi authorities’ intention to execute him.
The account concerned with Saudi conscious detainees said it had information that Sheikh Salman al-Awda was still in solitary confinement and that the sheik was in poor conditions of detention.
The Saudi authorities arrested Sheikh Salman al-Awda in a campaign against scholars, preachers and opinion leaders in September 2017 and began to try him in secret sessions, where prosecutors demanded the killing of the Sheikh on charges of terrorism.
Al-Awda was suspended after publishing a tweet in which he indirectly welcomed the possibility of finding a solution to the crisis with Qatar. Relations between Saudi Arabia and the tiny emirate have been cut since June 5, 2017, as Riyadh accuses Doha of backing militant groups in the region.
In January, he was taken back to a hospital in Jeddah after spending more than four months in solitary confinement, Amnesty International said, citing members of his family.
Saudi Crown Prince Mohammed bin Salman has been leading a social change in the kingdom for months, saying its goal is to bring Saudi Arabia back to the fold of “moderate Islam” after decades of militancy.
But the campaign to allow women to drive, reopen cinemas and other social changes coincide with arrests of activists, human rights activists, clerics and writers.
The date for their most recent trial before the Specialized Criminal Court in Riyadh was May 1, but the hearing was postponed indefinitely.
Earlier, Abdullah al-Awda, the son of the Saudi preacher, said in a tweet on Twitter that news and leaks were shocking to his family about the Saudi authorities’ intention to execute preachers, led by his father.
He added that his family confirms that it has no knowledge of this matter at all, and confirms that the prosecution is still demanding his father death along with Awad al-Qarni and Ali Omri.
Earlier, the Middle East Eye said in a special report that Saudi Arabia was heading to the death penalty for these three preachers, Sheikh Salman al-Awda, Sheikh Awad al-Qarni and Sheikh Ali al-Amri, and to execute them after the end of Ramadan.
“They will execute these men immediately after the death sentence is passed,” a government source told the website.
Saudi authorities executed 37 Saudis, most of them activists, last April on terrorism charges, a test balloon to measure the severity of international condemnation.
When they found that the international reaction was negligible, especially at the level of governments and heads of state, they decided to proceed with their plan to execute prominent figures.
It is noteworthy that international human rights organizations and lawmakers expressed their concern and warned Riyadh against the consequences of taking such a step. The Moroccan Reform Movement also called on the Saudi authorities to release all detained scholars, preachers and thinkers, as well as peaceful reformers detained for opinion and advice.
The reports were accompanied by reports of executions in Saudi Arabia against the preachers of Salman al-Awda, al-Qarni and al-‘Umari, with testimonies about their torture and the acts described in their prisons.
Human rights warnings are mounting against Saudi Arabia for the execution of some of the detained sheiks, while a Democratic deputy said members of Congress were seeking to send a clear message to the crown prince about his country’s rights policies.
Sarah Leah Whitson, director of the Middle East and North Africa division of Human Rights Watch, said she was deeply concerned about reports that Saudi Arabia planned to execute three moderate advocates after Ramadan. She said her organization was deeply concerned about reports of the imminent execution of the three preachers who sought moderation despite the promotion of Saudi Arabia and its attempt to portray them as extremists.
Saudi Arabia does not recognize several major international treaties, including the International Covenant on Civil and Political Rights, the International Covenant on Economic, Social and Cultural Rights, and the International Convention on the Protection of All Persons from Enforced Disappearance, Torture and Arbitrary Detention.
Saudi Arabia reveals its real face of systematic violations of human rights as a terrifying kingdom that pursues those who express their opinions and positions that violate them, and even the silent ones.
International and human rights organizations have repeatedly condemned human rights violations in Saudi Arabia and demanded the immediate release of opinion detainees and improve their detention conditions accordingly with the international criteria. 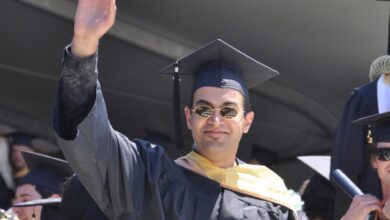 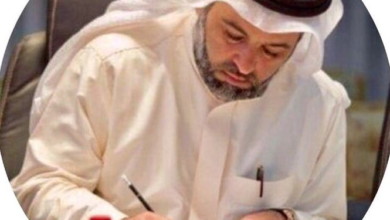 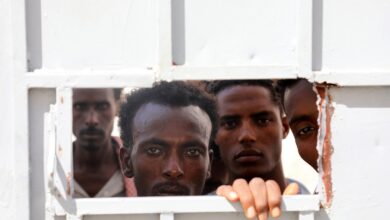