The Foreign Policy said that the Saudi-Emirati relations have begun to erode after years of harmony and joint coordination.

The magazine pointed out a series of political disputes between Saudi and the UAE emerged during 2020 and more severely during the past weeks.

The long list of differences includes attitudes towards the war in Yemen and the pace of reconciliation with Qatar after a three-and-a-half-year dispute.

Normalization with Israel, managing relations with Turkey, OPEC production quotas, Iran, strategy, and cross-border trade are among the list.

The emerging dynamic between Riyadh and Abu Dhabi is the new normal – and it applies not just to the two countries but to all six members of the Gulf Cooperation Council.

However, the sooner external countries understand the dynamics of new transactions, the better they can manage relations with the entire region.

In truth, tensions between Saudi-Emirati relations are not new. They were a recurring, on-off feature of GCC politics decades before the Arab uprisings of 2011.

The magazine emphasized that these differences were often covered up due to shared concerns stemming from Iranian regional expansion and the threat from political Islam.

The resurgence of these challenges is also a reminder that competition between Gulf states has always supported the GCC.

The magazine noted that it is no coincidence that the rugged new political dynamics coincided with a generational change in leadership, with the death of King Abdullah in 2015 and Sultan Qaboos of Oman in 2020.

The death of Sheikh Sabah in Kuwait in 2020 and the emergence of young leaders on the political scene, including Saudi Crown Prince Mohammed bin Salman, the Sultan of Oman, and the Emir of Qatar, Tamim bin Hamad contributed to the challenges between the two Gulf countries.

The Foreign Policy indicated that the Arab uprisings in 2011 marked a turning point in Saudi-Emirati relations.

The domino effect of regional protests, which spread in Bahrain, has led the Arab Gulf states to cooperate more closely in addressing what they see as common threats to the regional order.

The dispatch of tanks to quell protests in Bahrain in March 2011 also clearly indicated that neither Saudi Arabia nor the UAE would allow the uprisings in its neighbourhood.

Despite being an initiative by the Gulf Cooperation Council countries, this move was an early sign of closer Emirati-Saudi cooperation, which emerged in Syria and Yemen and turned towards Qatar in 2017.

And recently, the intelligence website Stratfor concluded that the disintegration of Saudi-Emirati relations during the next stage is inevitable, indicating that the matter will not turn between them into a military conflict.

In a case study, the American website cited the external factors that brought Saudi Arabia and the UAE closer and the changes in regional and international geopolitics that began to threaten a further disintegration between them by putting their interests in the face of each other.

Medical negligence, a tool to eliminate prisoners of conscience in Saudi Arabia 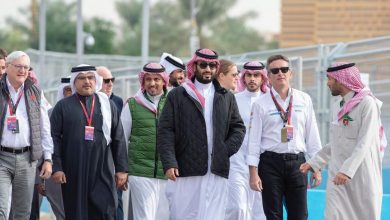 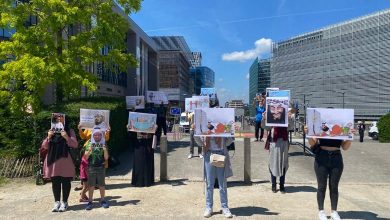