The Ansar Allah group (Houthis) adopted new attacks on the Kingdom of Saudi Arabia, which affected the military headquarters of the military coalition led by the House of Saud.

The group said in a statement that it targeted the headquarters of the joint operations of the coalition forces in the city of Samta, Jazan, south of the kingdom with a ballistic missile.

Houthi forces spokesman Brigadier General Yahya Sari said in a post on his Facebook account that the group’s rocket force fired the ballistic missile at the Samtah operating room. He pointed out that “the medium-range missile hit its target with high accuracy.”

“The shelling left a large number of dead and wounded, including leaders,” he said,

For the fifth year in a row, Yemen has been at war between pro-government forces and al-Houthi militias which is accused of receiving Iranian support and in control of provinces including Sanaa since September 2014.

Meanwhile, the southern city of Aden has witnessed fierce clashes since the early hours of Thursday morning between Saudi forces deployed in parts of the presidential palace and armed groups believed to be affiliated with the UAE attempted to storm the first positions in the palace, which is considered the seat of the interim government.

According to residents and local sources that the Saudi forces in the palace “Maashiq”, were attacked, to erupt clashes that have been heard for hours, without immediate information, about casualties.

While no one has claimed responsibility for the attack, the UAE-backed forces known as the Southern Transitional Council the Security Belt, which now control Aden, are all blamed for the attack.

Early last week, security forces of the UAE-backed Southern Transitional Council took control of most of the state’s joints in Aden after four days of battles against government forces in which more than 40 people were killed, including civilians, according to local and international rights groups. .

The clashes around the presidential palace, on Wednesday, after members of the “presidential protection” forces withdrew, as gunmen looted various possessions and utensils in the palace.

These developments come despite a delegation headed by the so-called “Southern Transitional Council,” led by Aidroos al-Zubaidi, to the city of Jeddah, Saudi Arabia, to participate in a dialogue called by Riyadh.

The delegation of the “transitional”, on Wednesday, a meeting with Saudi Deputy Defense Minister Prince Khalid bin Salman, who is responsible for the Yemen file in his government.

The meeting came despite the rejection of the “transitional” demands of the Saudi coalition to withdraw from military institutions and positions seized by his militia in Aden, more than a week ago.

Rather than responding to the call, the transitional government launched an escalation campaign on Monday to Abyan province, the birthplace of the Yemeni President Abed Rabbo Mansour Hadi, where clashes erupted in which many people were killed and wounded and ended with separatist control.

On Wednesday, the Presidency of the House of Representatives of Yemen called on President Hadi to use his constitutional authority to review relations with the Saudi-UAE alliance, warning of “the consequences of deviation from its objectives in the battle to restore the state to identify with small projects.”

In a statement, the Presidency of the Council expressed its condemnation of the armed groups affiliated to the UAE-backed separatist Southern Transitional Council, which controls the state institutions, calling on the government to confront it and confront the armed rebellion by all means authorized by the Constitution and the law to achieve the end of the rebellion. 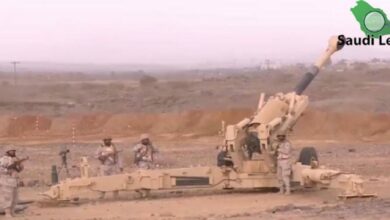 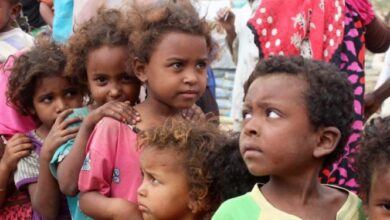