The International Monitoring Committee for the Saudi Administration of the Two Holy Mosques condemned in the strongest terms the plans of the Saudi regime to impose forced displacement on the residents of the Sharai Al-Nakheel neighborhood in Mecca, in preparation for the establishment of suspicious investment projects through subsidiaries of the system.

The International Committee said that more than 10,000 citizens of the Sharai Al-Nakheel neighborhood are at risk of being forcibly expelled after the Saudi regime decided to own the neighborhood’s lands in favor of an investment company amid widespread corruption suspicions in the deal.

The International Committee expressed its deep concern about the plans to displace the indigenous people in Mecca in favor of flooding them with investment projects to raise funds at the expense of obliterating the religious, spiritual and historical monuments of the Holy City.

The organization pointed out that the residents of palm trees live in the region for 100 years, and their mud houses that still exist are evidence of this, as more than 10 thousand people live in this neighborhood, and the School of Sharia Sciences was established in 1369 AH, which is one of the oldest schools Legitimacy in the Kingdom.

The international committee said it is looking at a very step-by-step to destroy hundreds of historical and archeological buildings in Mecca, and reaffirms the necessity of engaging great Islamic experiences in upgrading the current reality of the Great Mosque of Mecca and the Holy City, preserving the sacred capital of Muslims, and developing it to present a civilizational image befitting the status of Mecca.

During the past thirty years, the Saudi authorities have succeeded in changing the features of the city and launched a capital monster to deflect it and transform it from a spiritual and religious radiation source in the world to an abundant source of income for the enclaves of the Saudis who rule the Two Holy Mosques.

And instead of the ancient ruins that the pilgrim and the visitor feel that he touches the traces of the Prophet, peace be upon him, and walks in the reefs of Mecca with the companions, around the Al Saud city the city to what resembles modern consumer cities, you find luxury hotels, malls, and large commercial stores, and you find international restaurants that are almost in the Holy Mosque of Mecca. It is one step away from the largest commercial tower, the Clock Tower.

The Hajj is the second largest source of income for Saudi Arabia after oil, which is the largest source in the world, and the Saudi family increased their profits from the Hajj year after year to exceed the trillion dollar barrier.

The Saudi authorities leave no chance but to use it to raise the prices of Hajj, Umrah, Services, etc., let alone unleash the greed of merchants to take advantage of the money of Muslims who want to visit the holy capital and perform rites.

Saudi Arabia has thrown the pilgrim into the clutches of the hideous merchants and capital, so there is no stay except for a hotel, which in turn asks for fictional prices, and the same is the public car that exploits the pilgrim with whatever exploitation.

The authorities also obtained a lot of money in exchange for the establishment of international restaurants, which have branches in Mecca, which in turn will receive this money and an increase from Muslim pilgrims.

Saudi Arabia has increased the costs of the pilgrimage several times in recent years, to collect money from the pockets of poor Muslims who want to perform the Hajj and Umrah or visit the holy capital.

What can be seen today is not the Kaaba that was during the time of the Prophet Muhammad, peace be upon him, but another version, where you cannot see anything from the ancient monuments due to the destruction of homes and small mosques and the city has become distorted somewhat similar to Las Vegas in America.

It is reported that in the last two decades, Mecca Al-Mukarramah witnessed the demolition of the last remaining Ottoman portico in the Great Mosque of Mecca under the pretext of expansion work on pilgrims. The home of Mrs. Khadija, the mother of the believers, was demolished and replaced with public toilets. The home of Abi Bakr Al-Siddiq was also demolished in order to establish the Hilton Hotel.

It is noteworthy that the International Authority for Monitoring the Saudi Administration of the Two Holy Mosques was established at the beginning of 2018 with the aim of pressuring to ensure that Saudi Arabia does a good management of the holy sites, preserving historical Islamic sites, not politicizing the feelings of Hajj and Umrah, and preventing Riyadh from singling out the holy sites.

The commission says that its depth is represented by all Islamic countries, and that it is keen to ensure that Saudi Arabia does not harm the holy places, whether it comes to incompetent management or any type of administration based on policies linked to individuals or influential people. 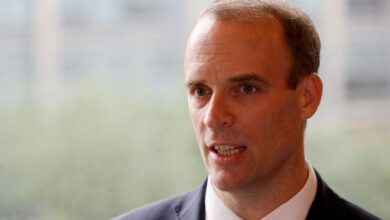 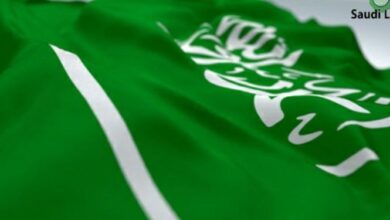 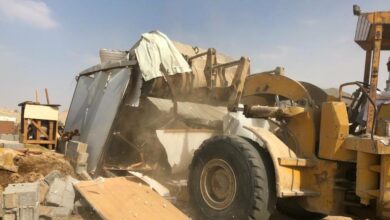 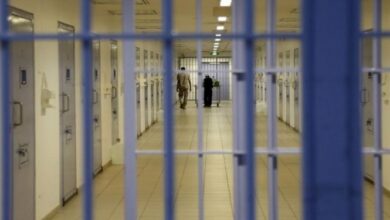