Evidence confirms that the Saudi regime is rushing out of the Yemeni quagmire amid a high cost to Yemen, internally and externally.

Due to a catastrophic failure in its six-year war on Yemen, the Saudi regime recently launched a ceasefire initiative.

However, the Ansar Allah group Al-Houthi did not officially approve the Saudi initiative, which confirms that there is no suggestion that the war’s end is imminent.

After six years of military involvement, Riyadh is rushing to end the Yemeni war for several reasons.

Saudi Arabia was unable to achieve any of its intervention’s objectives. It either misjudged the battle cost and duration or because of the complexity of the Yemeni crisis.

In practice, Riyadh has been content with accumulating political and military losses since the Houthis were deported from Aden in July 2015.

Since then, the Kingdom that fought this war, in the absence of the most prominent princes who held the keys of Yemeni politicians for decades, has been unable to make any achievement.

Instead of “restoring legitimacy”, Yemeni President Abd Rabbu Mansour Hadi has been residing in Riyadh since 2015, without being able to visit Yemen for six years, except for a few times.

What has not been achieved by implementing the National Dialogue’s outcomes of dividing the country into regions has been accomplished indirectly on the ground, even in the governorates under the authority of “legitimacy”.

And that is after the UAE spawned militias and supported them. Hence, the government no longer insures itself in the heart of the temporary capital, Aden, Hadramawt, or Marib.

Instead of defeating the Houthis and driving them away from its borders, the Saudi sky has become a daily field of tests for drones and missiles launched by the group.

Riyadh’s concern is to stop this penetration even if this requires presenting a new “initiative” for a solution and providing concessions to meet the conditions of the Houthis, whether this is related to the port of Hodeidah or the opening of Sana’a airport.

Unlike Saudi Arabia, the group appears more comfortable with its political and military situation, making it negotiate from a position of strength.

On the ground, most of the north is in the hands of the Houthis. They rule it with iron and fire, and they do not hesitate to use various intimidation methods to achieve this, regardless of the extent of the human losses.

Before any negotiations that might occur, the group was desperate to gain control of Marib, realizing that extending its total control over the north would be reflected in the right to the negotiating table.

“The decision is made within days.” This is how the media loyal to the Saudi regime was promoted when Yemen’s war was declared on March 25, 2015.

As it was announced, the fast military operation was not like that, and the crisis of the already troubled country deepened and exacerbated the humanitarian cost.

With the arrival of the new US President Joe Biden’s administration on January 20, the crisis deepened. Washington announced it would stop supporting the Saudi war in Yemen and freeze the Kingdom’s arms deals.

What did Saudi Arabia lose to the point of accepting a settlement other than the declared price of “Decisive Storm,” which is classified by global strategy and military experts as declaring defeat?

The Yemeni field’s developments and the weakness of the Saudi forces and their allies on the ground and the continuation of the Houthis military attacks have weakened the Saudi position in the area.

As the Houthis continue their violent attack on Marib, they continue to launch their strikes deep in the Kingdom until it has become a usual approach.

The Minister of State for the British Armed Forces, James Hebe, announced that his country had decided to put an advanced defence system in Saudi Arabia to help the Kingdom confront the Houthi attacks.

Some of the statistics announced by the Houthis reveal that the Saudi crisis on the ground is no longer specific to Yemen, but rather in its southern border strip suffering huge losses, as well as targeting the depth of the Kingdom with drones and ballistic missiles.

Statistics indicate that Houthi forces destroyed about 173 Saudi vehicles inside the southern border of the Kingdom, including 119 vehicles in Jizan, 31 in Najran, and 23 in Asir, according to the Houthi-affiliated “Yemen Monitor” website.

Warplanes of the Saudi-led coalition have also had a share of losses, despite the Houthis’ weak air defenses.

As two F16 planes were shot down, Saudi Arabia admitted one, and the other announced that it had fallen due to a technical defect, and 3 Apache helicopter gunships were shot down, all in the border areas, in addition to 3 reconnaissance aircraft.

The Saudi position on the level of the political settlement does not seem better than its military counterpart.

The Kingdom’s initiative to bring peace to Yemen was met with rejection and skepticism by the Houthis, and the dialogue returned with air strikes and missiles.

A betrayal between the two sides before the initiative completes 24 hours of its life.

The terms of the initiative were directed towards being considered a declaration of defeat by many observers.

The initiative included concessions of great importance, such as partially reopening Sanaa airport, lifting a conditional blockade on the port of Hodeidah, and placing revenues from fees and customs in a joint bank account in the city.

The initiative also included the start of consultations between the Yemeni parties to reach a political solution to the Yemeni crisis under the United Nations’ auspices.

The Saudi-led coalition’s political map almost broke apart after the UAE left its ally alone, and the nature of Sudan’s participation in the coalition is in doubt.

The UAE, despite its firm alliance with Saudi Arabia, became independent with its own project in Yemen and worked to establish forces loyal to it, amid accusations from the legitimate Yemeni government of “attempting to occupy” areas of the country, or re-dividing it into north and south.

And last year, the Emirati forces withdrew from Yemen, leaving behind forces loyal to them in southern Yemen, amid ambiguity about the extent of their presence with Riyadh since then in managing the file, and whether other parties with Saudi Arabia remained in the “coalition”. 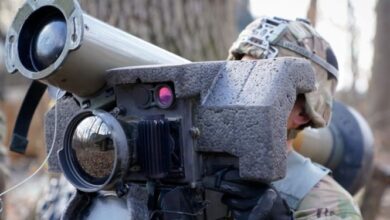 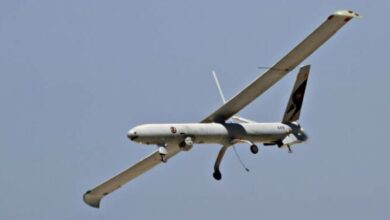