Saudi Leaks revealed new Emirati treachery steps against Saudi Arabia regarding the Yemen war. The Committee of Experts at the UN Security Council documented UAE’s permission to ship spare parts for Houthi drones through its ports.

The committee clarified that the provision of heavy weapons by the UAE to militias hostile to Saudi Arabia is hazardous, describing it as terrorism and treason.

The UAE believes that its enemy is not the Houthis, unlike Saudi Arabia, which is left alone to confront them.

The UAE provided heavy weapons to militants who are hostile to Saudi Arabia and the legitimate government in Yemen.

The UAE undermined the internationally recognized role of the legitimate government by strengthening the role of the Transitional Council and spreading disagreements and disputes in state institutions.

Through the transitional council in Yemen, the UAE also controlled the ports and bounties of the war-ravaged country and established its secret prisons to achieve its own goals.

It is reported that the military strength of the Houthis has emerged since the intervention of the Arab coalition led by Saudi Arabia in Yemen on March 25, 2015.

From time to time, armed men from the UAE-backed Transitional Council demonstrate in front of the headquarters of the Saudi coalition.

They chant slogans against Saudi Arabia, accusing them of supporting terrorism.

Activists broadcast a video clip on Twitter of the participants’ chants and those who raised the separation flags. Among the chants, Yemeni separatist militias: “O Saudi, oh liar, you support terrorism.”

Former Saudi diplomat Sultan al-Tayyar commented on the “condemnation of Saudi Arabia” by saying, “This is what we were warning about, and some said that we are exaggerating.

al-Tayyar tweeted, “Please, these are some of the ally fruits that we expected to see, and days are still hiding more,” in an apparent reference to the Emirates.

“The UAE has explicitly admitted recruiting 200,000 militia outside the framework of legitimacy, and all of them are from this sample.”

“Whoever directed these separatist militias to attack Saudi Arabia forgot to tell them that raising the flag of his country is inappropriate on this occasion, so as not to leave a trace of his suspicious role … The picture is clear for whoever wants to see, and we have nothing but a report.”

The UAE had admitted ” to have recruited about 200,000 militia outside the framework of legitimacy,” as he put it.

Meanwhile, a prominent Saudi prince considered that the demonstrators stormed the Al-Maasheq Palace, the seat of the legitimate government in Yemen, last March, as a stab from the UAE in the back of Saudi Arabia.

Prince Sattam bin Khalid Al Saud, referring to the Emirates without naming it, said: “The storming of the Maasheeq Palace after the victories achieved by the Yemeni army on the fronts, a stab in the back, whatever the justifications.”

The Saudi prince tweeted: “Why was this particular time chosen? The priorities of the stage require consensus and the rejection of differences because what happens is in the interest of the Houthis, unless there are parties who do not see Al-Houthi as the first enemy. 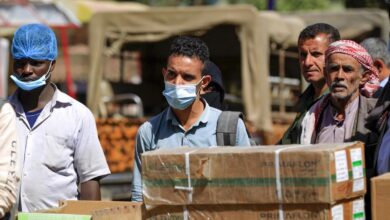 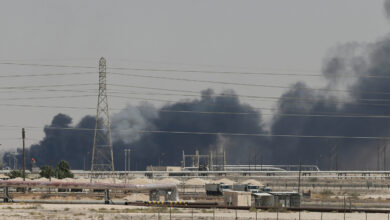 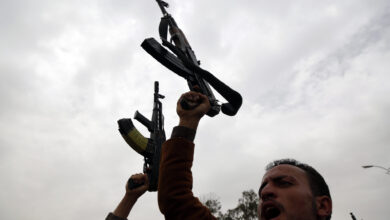