The European Saudi Organization for Human Rights said that 30 detainees face death sentences in Saudi Arabia, including those facing charges related to expressing their opinion and demonstrating, including 5 minors.

This came in a letter sent by the organization in response to questions from the Special Rapporteur on extrajudicial, summary or arbitrary executions, Maurice Tidbull Benz.

In its response, the organization said, “There is no transparency in Saudi Arabia’s official dealings with the execution file, as there is no official database showing the numbers of individuals facing the death penalty.”

There are also no clear and easy mechanisms for families and legal entities to access the necessary information about the individual facing judgment. In many cases, the family is not aware of the Supreme Court’s approval of the ruling, nor does it know the place and time of its implementation.

The European Saudi Organization for Human Rights was able to monitor some cases where detainees face the death penalty.

According to these statistics, 30 detainees face death sentences. Among them are those facing charges related to expressing their opinion and demonstrating, and 5 of them are minors.

This list does not include those accused of criminal cases due to the lack of transparency and difficulty accessing cases. The organization could not access all cases in which individuals face charges related to the peaceful activity.

In the mass execution by Saudi Arabia in March 2022, the organization had only monitored 13 cases out of the 81 sentences.

While the official Human Rights Commission announced a moratorium on death sentences for drug crimes, the effective laws have not been amended. None of the individuals who face final death sentences has been retried and thus face an unknown fate.

The European Saudi Organization did not monitor most of these cases due to the Saudi government’s lack of transparency and intimidation against families and human rights defenders.

The Saudi government does not support the families of those sentenced to death. In several cases, the government denied families their right to family visits.

In addition, the Saudi government restricts the families of people currently facing the death penalty, as it prevents children from them and the rest of the family from travelling, including the children of Sheikh Salman al-Awda. 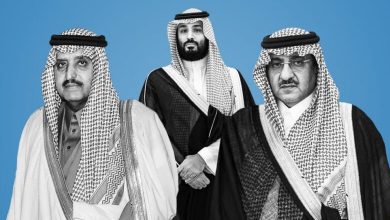