Protests are mounting in the Yemeni province of al-Mahra against attempts by the Saudi regime to impose guardianship over the province as part of its criminal war against the country for more than years.

During their vigil, members of the Za’abnut tribe announced the closure of the Transitional Council office in the Directorate, and raised slogans in support of the legitimacy of President Abed Rabbo Mansour Hadi.

The tribal leader, Muslim Mohammad Za’abnut, called on the Saudi regime not to disrupt trade or harass passengers at a shipping port, saying that the decisions that caused the disruption of the port are an economic war on the province of al-Mahra in particular, and across Yemen as well.

A few days ago, party leaders, political and social figures and some tribal elders in Yemen announced the formation of the Southern National Salvation Council during a conference held in the city of Ghaida, the capital of the al-Mahra governorate adjacent to Oman.

Among the most prominent objectives announced by the Council in the declaration declaration is to “seek to stop the war and lift the siege, save Yemen from the state of division and fragmentation, and continue to reject all attempts to truncate and fragment the country and its islands, and to prevent any developments by the Saudi Alliance directly or through its local tools.”

The council chose the former Undersecretary of al-Mahra Governorate Ali Salem al-Huraizi as its supervisory authority.

Since late 2017, there have been signs of rejection of the presence of the Saudi, which has been strengthened over time by controlling vital facilities such as the airport, port and border ports, as well as the formation of forces loyal to Riyadh and Abu Dhabi outside the official framework, and popular rejection was manifested in sit-ins and demonstrations.

Opposition has intensified as Saudi influence expands through the construction of military facilities, and its quest to build an oil pipeline extending from its territory in the border region of al Kharkhir to the Arabian Sea through the skilled.

Since April 2018, the province of al-Mahra has been witnessing protests demanding the departure of Saudi forces, the handing over of two cargo and drainage outlets, the port of Nishtoon, and Ghaida International Airport to local forces, and the preservation of national sovereignty.

Residents and tribesmen in al-Mahrah have repeatedly blocked attempts by Saudi forces to establish military sites and checkpoints in areas of the province.

Rejectionists of the Saudi guardianship affirm their loyalty to the legitimate Yemeni government, their support for the military and security forces loyal to legitimacy, and condemn the presence of Saudi forces in the province without being necessary.

On March 26, 2015, Riyadh and Abu Dhabi announced their leadership of a multi-country coalition to support the legitimate government of Yemen, headed by Abd Rabbo Mansour Hadi, after the Houthis overthrew the government and reached the provisional capital of Aden, after they had taken control of Sanaa in September 2014. The main capital of the country.

Under the cover of the coalition, the Saudi regime continued to strengthen its military presence in al-Mahra, governing the province, and working to change the rhythm of life in such a way that the population organized frequent vigils in the province.

A recent document revealed Riyadh’s intention to establish an oil port in al-Mahra, where it showed a letter from a maritime business company to the Saudi ambassador in Yemen thanking him for his confidence in the company and his request for a technical and financial offer for the design and implementation of an export oil port.

Not mentioning a political crisis or war in an Arab country, but the name of Abu Dhabi and Riyadh was linked; for their attempt to impose the largest presence of them, and support the parties that make great concessions and adopt their international positions. 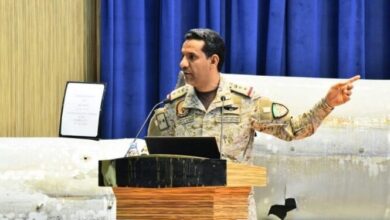 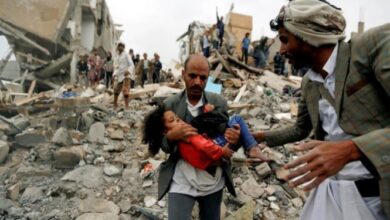 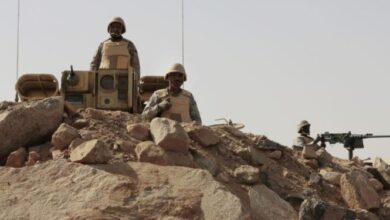 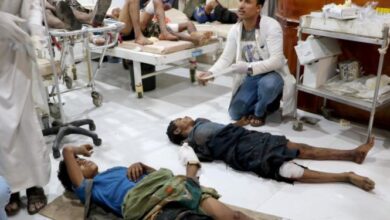