The club said that the Premier League had reached its decision despite the club’s “overwhelming evidence and legal opinions that PIF is independent and autonomous of the Saudi Arabian government.”

The Atlantic pointed out that the bid sparked negative attention due to Saudi Arabia’s appalling human rights record. But what led to the rejection was the issue of piracy and club management.

When the Premier League spoke to the Newcastle United Board of Trustees last month, its members emphasized that the Saudi government and the Public Investment Fund are inextricably linked, and that they are not independent entities.

There was hope for the procedures to return, but it is not known if this has changed after the official announcement.

The Saudi Investment Fund’s acquisition of Newcastle failed, after the English Premier League demanded that the ownership hierarchy and key decision-makers in the team be disclosed after being able to buy it, following the decision published by the World Trade Organization last June, and many international organizations demanded to reconsider the deal.

The decision of the World Trade Organization confirmed Saudi Arabia’s involvement in violations of international law, after standing behind the piracy of the “beIN SPORTS” channel, which is a crime in the United Kingdom, and the Premier League football league confirmed this to the owners of Newcastle United.

A pirated channel called “Bout Q”, backed by the Saudi authorities, displayed many sporting and entertainment events and other matters, owned by the Qatari “beIn SPORTS” media group for 3 years, causing great damage.

Human Rights Watch and Versquire Projects have previously warned against selling an English club to the Al Saud regime. Because of its human rights violations, they called for a comprehensive policy and the inclusion of human rights as a criterion for assessing potential buyers of football clubs.

The two organizations said the Premier League must respect human rights in all of its actions, including its assessment of an attempt by a Saudi sovereign fund to buy Newcastle United.

They added that the Premier League and the Football Association should consider adopting a comprehensive human rights policy in line with the policy established by FIFA in 2017.

Human Rights Watch in June and Versquire Projects in April wrote separately to Premier League chief executive Richard Masters about their concerns about a potential purchase from the Saudi Public Investment Fund for Newcastle FC.

The two organizations mentioned the Kingdom’s appalling human rights violations home, abroad and in Yemen, including the murder of Saudi journalist Jamal Khashoggi at his country’s consulate in Istanbul in October 2018.

It is noteworthy that the United Kingdom adopted, on July 6, a new international human rights sanctions regime that includes an asset freeze and travel bans against 20 Saudi men related to the murder of journalist Jamal Khashoggi. Among them is Saud Al-Qahtani, a former advisor close to Crown Prince Mohammed bin Salman and the headboard of Directors of the Saudi Public Investment Fund.

In light of these developments, Khadija Genghis, the fiancé of the late Saudi journalist, called on the fans of the Newcastle United team to stop the Saudi crown prince’s takeover of the team.

In an open letter to Newcastle fans, Khadija called on the fans to think about whether the Saudi crown prince’s acquisition of the club, which competed in the Premier League, was the right decision.

Khadija said in her message, which she posted on her Twitter account: “I urge you to move and pressure for your club, so that it does not fall into the hands of Bin Salman, who rules his people with an iron fist, kills his opponents and persecutes his family.”

“Do not let football become defiled by those people who use it as a cover for their ugly actions. This is the moment when you must stand up for your club, your city and your team, defend it and preserve the purity of the football game,” she added.

Khadija called the management of the English Premier League to stop Saudi Arabia’s acquisition of the team.

In a letter to the chief executive of the Premier League, Richard Masters, she said that the league’s stature and “English football in general will be tarnished by its association with those who commit the most horrific crimes and then seek to whitewash it”. 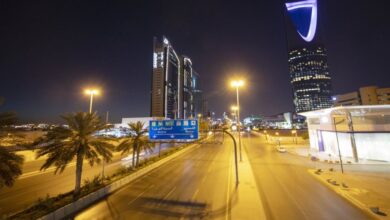 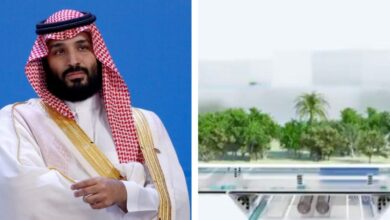 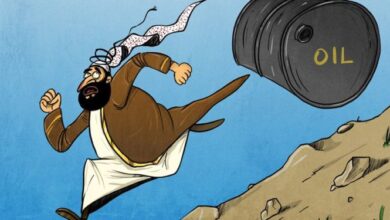 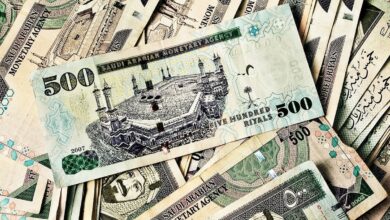