Official local and international reports prove that public debt in Saudi Arabia has reached record levels during the era of Mohammed bin Salman.

Recent reports revealed that the sovereign wealth fund in Saudi Arabia is close to refinancing a loan of $11 billion, and the volume of borrowing has increased significantly in the Kingdom.

In light of this, analyses and speculations are increasing about the record level that Saudi debt has reached since bin Salman ascended to the throne in 2017.

Bin Salman began his term as crown prince by opening up to borrowing after the loans did not know their way to the Saudi treasury due to his ill-considered plan known as Vision 2030.

From 2017 until now, the Kingdom’s foreign debt increased from $27.5 billion in 2016 to an estimated $101 billion at the end of March 2022, according to official data issued by the Saudi National Center for Debt Management, an increase of $74 billion, in an unprecedented historical precedent since the birth of the Kingdom.

Bin Salman’s laziness had a significant impact on the huge increase in debt (local and foreign), and we know that the last loan that the Sovereign Revolution Fund will receive, which is estimated at $11 billion, the Fund explained that the reason for lending is to pay off debts this year.

That is, the Fund, in which the total value of the invested funds is $620 billion, is borrowing to repay the money it borrowed earlier.

Also, although the Fund and the Kingdom’s budget generally achieved a surplus for the first time in several years, it is due to the increase in international oil prices.

According to the Saudi Finance Minister, Muhammad Al-Jadaan, it is also expected to borrow approximately 43 billion riyals before the end of 2022 to pay the dues of the principal and the possibility of considering additional financing operations proactively through the available financing channels.

The government and affiliated entities such as the Public Investment Fund and Aramco have raised more than $100 billion from international debt sales since 2016 through bonds and loans.

The Kingdom has borrowed heavily over the past few years to replenish state coffers drained by the drop in oil prices.

As for the wealth fund, in 2018, it borrowed $11 billion in its first-ever loan. Some of the world’s largest lenders, including Goldman Sachs Group Inc., HSBC Holdings Plc, and JPMorgan Chase & Co., the loan priced at 75 basis points above Libor, or roughly 90 basis points including fees, Bloomberg reported at the time.

The Public Investment Fund, a significant lever for the Kingdom’s efforts to diversify the economy away from oil in line with its so-called Vision 2030, has emerged as a global investor over the past few years as it seeks to increase its assets to around $1 trillion by 2025. It owns stakes in Uber Technologies Inc. and backed Lucid Motors. for the electric car industry.

In a report based on data issued by the Saudi Ministry of Finance, “the public debt of Saudi Arabia rose by 2.2% at the end of the first quarter of this year to 958.64 billion riyals (about 255.55 billion dollars), compared to about 938 billion riyals at the end of last year,” pointing out that “The size of the public debt in the first quarter constituted 29.9% of the GDP.”

The report also indicated that “by the end of the first quarter, the internal debt constituted about 60.4% of the total public debt, with a value of 579.4 billion riyals, while the share of external debt amounted to about 39.6% at the level of 379.3 billion riyals. 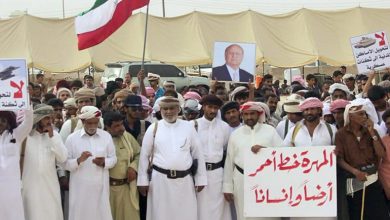 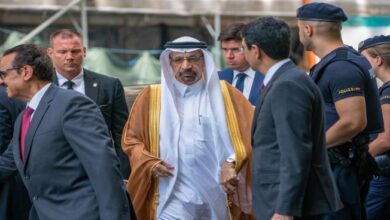