New details of alleged torture of prominent political activists detained in Saudi prisons have emerged, confirming widespread abuse and mistreatment that were reported by rights groups and media agencies over the past few years as the kingdom – under Crown Prince Mohammed Bin Salman – adopted a heavy-handed approach towards critics and dissidents.

The latest report was obtained by Human Rights Watch (HRW) from a series of anonymous text messages sent in January 2021 from an individual identifying themself as a Saudi prison guard. The messages provide descriptions of torture and ill-treatment including the use of electric shocks, beatings, whippings, and sexual harassment the anonymous prison guard had witnessed.

In one text message, the prison guard mentioned by name a prominent Saudi women’s rights activist whom Saudi authorities arrested in a wide crackdown starting in May 2018. Human Rights Watch withheld her name. The message said: “In one of her torture sessions, [name withheld] lost consciousness and we were all terrified. We feared that she had died and that we would bear responsibility because the instructions were to not kill any of the detainees, men or women.”

In another text message, the prison guard referred to sexual harassment that Saudi interrogators inflicted upon Loujain Al-Hathloul, who was conditionally released in February.

“Loujain al-Hathloul was subjected to sexual harassment unprecedented to me from what I’ve witnessed,” the guard wrote. “They were relishing insulting her. They were mocking her that she is liberated and would not mind the harassment such as sticking their hands into her underwear or touching her thighs or spouting degrading words at her.”

The text messages also include details of male torture victims. In one message, a prison guard described the suffering of a male human rights activist detained in 2018. “They did not have mercy on [name withheld] … I would go to him and I would find him a lifeless corpse and expect that he died until the doctor comes and helps him with painkillers and other medicine to revive him. Then they would again torture him.”

Page urged world leaders not to let “abusers off the hook” warning that this would send the message that authoritarian regimes can torture with impunity and never face accountability for such crimes. “The stench of torture and other horrific treatment of Saudi detainees will stick to Saudi leaders unless they take urgent steps to stop these crimes and hold the abusers to account, even at the highest levels,” Page said.

These allegations of torture confirm what many media agencies and rights group have been reporting over the past few years based on the accounts of family members and people familiar with the condition of detainees.

In 2019 Amnesty International also uncovered new testimonies detailing the torture and ill-treatment of a group of Saudi Arabian human rights activists, who have been arbitrarily detained since May 2018. Such allegations prompted a high-level investigation in the UK by a cross‐party group of British parliamentarians and international lawyers. They concluded that the treatment of women activists by the Saudi Arabian government could meet the threshold for torture under international law. 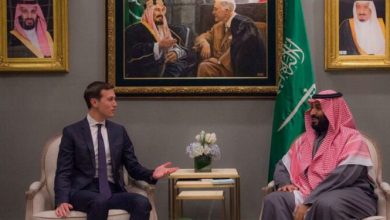