Controversy prevails within the Saudi regime over the establishment of the pilgrimage season this year in light of the spread of the Coronavirus around the world and amid an unprecedented economic crisis in the Kingdom.

Over the past decades, the Saudi authorities earned $12 billion annually from the Hajj and Umrah seasons, according to government data.

Reuters said that the Kingdom may severely limit the number of pilgrims this year to prevent further outbreaks of the Coronavirus, after the number of cases in the country exceeded 100,000.

The agency quoted two sources familiar with the matter as saying that the Saudi authorities are now considering permitting “symbolic numbers only” this year, with restrictions that include banning older pilgrims and conducting additional health checks.

Another source added that through strict procedures, the authorities believe that it may be possible to allow up to 20% of the regular number of pilgrims for each country.

According to the three sources, some officials are still pressing for the abolition of the pilgrimage, which is expected to start in late July.

In March, the Kingdom announced the suspension of international passenger flights and the temporary suspension of Umrah of its citizens and residents, and last Friday it reimposed a curfew in Jeddah, where pilgrimage flights landed, after high rates of infection in the city, days after it was raised in several cities.

According to the agency, limiting the number of pilgrims or canceling the pilgrimage will put additional pressure on government financial resources that have been affected by the drop in oil prices and the pandemic. Analysts expect a sharp economic downturn this year.

The number of pilgrims annually reaches about 2.5 million, while the Kingdom’s revenues from Hajj and Umrah are about 12 billion dollars annually, according to official data.

The economic reform plan for Crown Prince Mohammed bin Salman aims to increase the number of pilgrims and pilgrims to 30 million annually, which will make revenues reach 50 billion riyals (13.32 billion dollars) by 2030.

Reducing the number of pilgrims or canceling the pilgrimage will put additional strain on government financial resources hit by lower oil prices and the epidemic, while analysts expect a sharp economic contraction this year.

The Saudi economy is facing a double crisis represented by the spread of Coronavirus in conjunction with a sharp drop in oil prices, which prompted the Kingdom to a series of harsh measures that reflect the extent of the threat to the foundations of the welfare state.

And the Kingdom decided in May last year to stop the cost of living allowance starting in June and raise the value-added tax rate from 5% to 15% starting from the first of July 2020, except for allowing the salaries of thousands of employees in the private sector to be reduced to 40% with the possibility to terminate employee contracts.

New figures and data published by the World Bank recently revealed a rocket rise in Saudi indebtedness in recent years, in conjunction with the announcement by Finance Minister Mohamed Al-Jadaan that his government will borrow 220 billion riyals ($58 billion) this year, which means that the Kingdom’s public debt is going to record Unprecedented records.

In numbers, last March the Saudi central bank depleted its net foreign assets at a rate that had not occurred since 2000.

In this month alone, the Kingdom’s foreign exchange reserves decreased by more than 100 billion Saudi riyals ($27 billion), which is equivalent to 5% compared to February.

The country’s total foreign exchange reserves are currently $464 billion, which is the lowest level recorded by the Kingdom since 2011, while the first quarter of this year witnessed an increase in the Kingdom’s budget deficit by an additional nine billion dollars.

And if the Kingdom implements its plans to borrow 58 billion dollars a new this year, this means that the kKingdom’s public debt will have reached a quarter of a trillion US dollars by the end of 2020.

The previous number is added to the internal debts implemented by the government by offering local bonds or through banks operating inside the Kingdom.

A French weekly magazine said: The failure of the projects of Crown Prince Mohammed bin Salman inside and outside the Kingdom requires Saudi citizens to coexist with austerity and the severe economic crisis.

The French weekly “John Afric” considered the health and economic crisis caused by the Coronavirus, and the collapse of oil prices, in addition to the Kingdom’s immersion in the Yemeni quagmire, as files that weakened the pharaonic ambitions of the crown prince and entered them in a dark tunnel.

John Africa believed that today the Saudis have to live with austerity, after being subjected to a package of strict measures and harsh government measures.

Inside the Kingdom, John Afric said, the increased financial pressure on Saudi families would extinguish the young star of the Prince – who has promised so much – but it is clear that he cannot fulfill his obligations.

To avoid this matter, the French magazine confirmed that the crown prince was keen to impose a police state on an unprecedented scale in the Kingdom with a comprehensive monitoring and publicity apparatus, especially on the Internet.

And a few days ago, the General Authority of Customs in the Kingdom published a list of goods to be increased customs duties as of the tenth of this month.

Recently, the Kingdom’s Ministry of Housing announced to its military audiences and citizens that it would stop payments of two of its mortgage support programs as it looked to reduce costs. 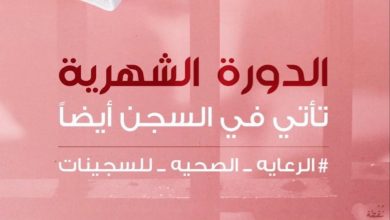 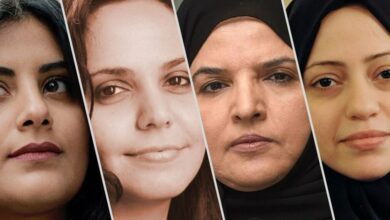 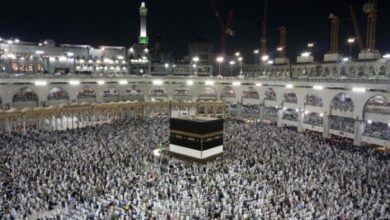