The Wall Street Journal said that the United States has withdrawn the batteries of the Patriot missiles and dozens of its military personnel from the Kingdom, while studying the reduction of other military capabilities there.

The newspaper quoted military officials saying that the American forces are looking to reduce their naval deployment in the Gulf waters.

According to officials, these steps, taken by the Pentagon, are based on its estimates that Iran no longer poses a strategic threat to Washington’s interests.

The newspaper stated that the American forces are currently withdrawing four Patriot missile batteries with dozens of military personnel, which are the military reinforcements that Washington sent in the wake of the attacks that targeted Saudi oil installations last year.

The withdrawal of these American military capabilities from Saudi Arabia comes at a delicate stage in the relations between the two countries, as the atmosphere became tense due to the oil price war between Riyadh and Moscow, which was a major reason – along with the Coronavirus epidemic – behind the price collapse to historical levels, and severely damaged American oil companies.

Aircraft bombed Aramco’s oil facilities on September 14, 2019, in the third such attack in five months on the company’s facilities.

Although al-Houthi in Yemen claimed responsibility for bombing the largest facility in the year, US officials largely believe Iran is behind the attacks.

The American Space Agency (NASA) published satellite images showing the height and extent of the columns of smoke clouds in Saudi Arabia after the attack.

Aramco operates the world’s largest oil refining and processing plant in Abqaiq, in the Eastern Province. The refining capacity of the refinery exceeds seven million barrels of crude oil per day.

Unprecedentedly, the Saudi-American relations have been strained recently due to the collapse of American oil prices, and the accusation of the Kingdom of incurring significant losses to Washington, which prompted deputies in the American Congress to demand (the Pentagon) withdraw the American forces as well as the defense systems from Saudi Arabia.

Kevin Kramer, a Senator from North Dakota, called on US President Donald Trump to withdraw his country’s forces and air defense systems from the Kingdom.

“Why are we putting 2,500 soldiers in harm’s way and a whole host of missile defense systems in Saudi Arabia to defend their oil when they declare war on our oil?” Asked Kramer.

He added: “We allow Saudi Arabia to continue to have easy access to the American market at a time when it is, in my view, largely responsible for the abundance of large supply of oil in the markets.”

A watchdog committee in the US Congress also called on the Department of State and Energy to commit to providing regular reports to the relevant committees on cooperation with Saudi Arabia in the field of nuclear energy.

In this context, a Bloomberg News article entitled “How Muhammad bin Salman reached a dead end in Washington” saw that the Saudi crown prince’s reliance on the White House made him highly vulnerable to the methods of “twisting the arm” presidential.

The author, Bobby Gosh, points to an incident that occurred during a phone call on the second of last month between Trump and Bin Salman, when the latter – who was apparently stunned by what the then US president said – aske his aides to leave the room. 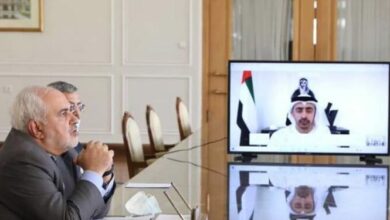 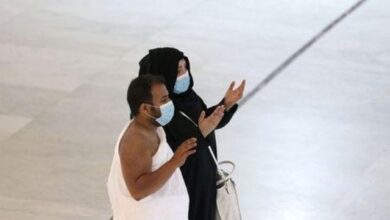 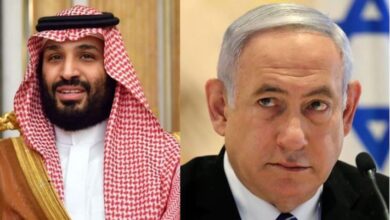