The second wave of the Arab Spring witnessed in several Arab countries proved the decline of the influence and strength of the old Arab official regime led by the Saudi regime and the plots of leading the counter-revolutions.

The first wave of the Arab Spring protests that brought down part of the old official Arab system, and hit the other part in early 2011, came to bear on the economic and living concerns of millions of young Arabs, after the failure of these regimes to provide development or decent life, and remained governing their people with the grip of iron.

The weakness of the subjective factor and the absence of active political forces that provide the revolutionary alternative to the old regime was one of the most important reasons that put these revolutions in conflicts and in the face of counter-revolutions.

This led to a state of internal rivalry between forces based on balanced regional centers, at a time when the Saudi regime was the title of protecting and reproducing the official Arab system.

Syria was the title of the encounter and clash between these forces and turned into a quagmire of blood, where both the path of political Islam and the forces of the Arab official regime is struggling with the Syrian regime, while the Iranian presence was clearly prominent in the Syrian arena.

As the decade rises on the first Arab Spring, a second wave is taking place in Algeria, Sudan, Lebanon and Iraq, while some Arab squares are boiling in anticipation of the moment of the Big Bang.

The Tunisian elections can be considered a new model of internal revolutions through the ballot boxes, which led to the cancellation of the forces that were able to exploit the fall of the regime, to find a place in the new system, but in essence, an extension of the old and part of the culture and experience and one manifestation.

The wave of Arab Spring today comes amid growing poverty and unemployment, rampant corruption, lack of justice, weak governance and the rule of law, and an unprecedented network of social media, which, if strongly present in 2011, is now becoming more widespread and influential. Especially with the decline and collapse of traditional media, due to the dominance of regimes on many of them, and the content of what they publish.

What distinguishes the second Arab Spring wave is the weakness of the traditional forces that in 2011 had the potential to employ these donations or revolutions in order to improve their position in government or reformulate governance by bringing them, although their slogans and demagogic programs did not address the issues that were the deep cause of Those moves.

In 2011, Saudi Arabia possessed economic and political power to influence events, but today it is plunging into a host of internal requirements ranging from the future of the throne to the internally complex economic situation and the war crises in Yemen.

The second regional player based on a broad base of political Islam can be said that the conflict between the remnants of the old regime and the Muslim Brotherhood exhausted both parties, which bounced back on Turkey as the most prominent model for the success of political Islam, but the local elections finally (March 2019) Evidence of the erosion of the party’s status, as well as the splits within the AKP, the suffocating economic crisis, the Syrian crisis and its consequences from the Kurds and terrorist organizations, will prevent Turkey from embarking on a new adventure in supporting or adopting any revolutionary option with an Islamic flavor.

The most complicated player, Iran, has been subjected throughout the Syrian crisis to economic and international pressure, which led to the conclusion of an agreement on its nuclear program, which was abandoned by US President Donald Trump, and perhaps the pressure on the Iranian economy contributed to the crystallization of some form of compromise between the Iranians and the Americans will be Iranian influence In the region, especially Syria, Lebanon, Islamic Jihad and Hamas, the Houthis are one of the most prominent cards in which Iran must make clear concessions, in addition to the growing Shiite Arab mood in southern Iraq, emphasizing the Iraqi Iraq, and the Iraqi Shiite authority.

Perhaps the uprising in Lebanon today, which is the most complex and oldest arena that establishes a fragile balance between international and regional players after the Taif Agreement, reveals that international understandings and the exhaustion of regional parties contributed to opening a gap in the fragile Lebanese formula, which was the result of a Syrian-Saudi understanding some three decades ago. However, the transformations that have rocked the region will inevitably lead to the formulation of a new Lebanon, for which the Lebanese have a prominent role.

While Arab spring 2011 led to the overthrow of other shaking regimes, it was practically established for a state of awareness and understanding among a generation of Arab youth who dream of decent living and democracy, a generation that will come on the rest of the old official Arab system Ideological and official forces all contributed to this great Arab devastation. 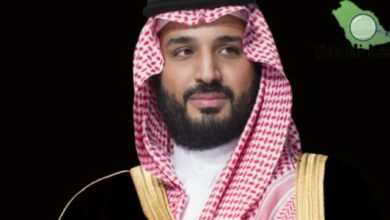 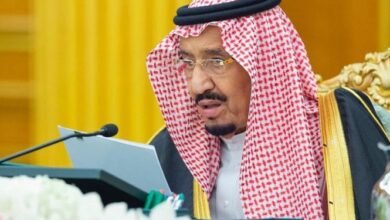 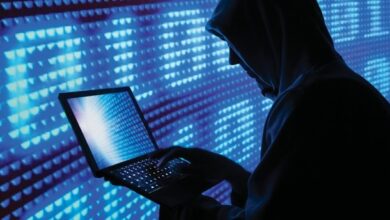