The Saudi regime took advantage of the pandemic to control and strengthen its spying programs on Saudi citizens.

The regime has created two applications: Tawakkalna and Tatamman for espionage porpuses and promoted them among Saudi Arabia citizens.

Soon, the citizens, who were rushing in fear of the global pandemic, got the apps to seek help from their country’s authorities.

However, technical experts warned about the danger of Saudi applications and the extent to which they hack phones and personal information.

The application Tawakkalna is the official application approved by the Ministry of Health in the Kingdom to limit the Coronavirus spread, developed by the National Information Center.

The application provides real-time and direct information about the number of COVID infection cases in the Kingdom, and it also helps in early detection of suspected cases if users developed symptoms.

It allows citizens and residents to request forced exit permits during times of the curfew imposed on some cities and neighbourhoods due to the Coronavirus outbreak.

It also follows up cases of exit requests during curfew and alerts users if they approach affected or isolated areas due to the pandemic’s outbreak.

Tattamman is an online application developed by the Ministry of Health. It aims to enhance the commitment of those instructed to self-isolation.

The application provides many different services for all users, such as booking an appointment for a Coronavirus test and other various services.

Technical experts warned of the danger of the Saudi regime’s means of spying on citizens and opponents.

The New Testament advised people to use two devices to maintain their privacy and information, a mobile phone in which government applications (only) can be loaded, and the second for everyday use and communication.

The media has been preoccupied with the Saudi spying scandal on Twitter, but on the United States of America’s soil despite the risks and consequences.

READ: Saudi Leaks reveals the details of a new trial of a Hamas representative

Hearings in the trial of those involved in this Saudi authorities’ spying on Twitter began in a San Francisco court on September 2.

This case received interaction after the US Bloomberg Agency revealed that Saudi spying on “Twitter” led the authorities to arrest the human rights activist Abdul Rahman Al-Sadhan and other Saudi citizens.

Like Ahmed Abu Ammo and Ali Al Zabara, two former Twitter employees, the US authorities accuse them of exploiting their positions since 2015 to spy on Saudi tweets and reveal their identities.

Ahmed Al-Mutairi, who is the assistant of Badr Al-Asaker, will also be represented by the director of Mohammed bin Salman’s office, as he was a mediator between Abu Ammo and the Zubara family and Badr Al-Asaker. They founded a company that acts as a front for the transmission of delivered information.

Before this scandal, The Guardian revealed, in late March, that the Saudi authorities had exploited a loophole in the mobile phone network.

It enabled it to send more than two million tracking requests to its citizens’ phones at home and abroad to track them, monitor their movements, and spy on their personal lives and all their activities.

The newspaper pointed out that the citizens, victims of this espionage campaign, are not only those who defected from it but those who fear that they will defect upon their exit from the Kingdom.

Or even those concerned about the depth of their loyalty to the Kingdom’s throne and crown prince. The authorities used three major Saudi phone companies to take this step. 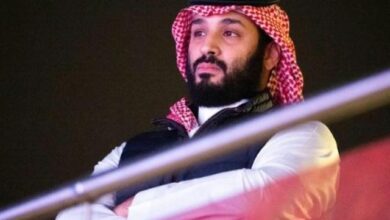 US Senator: Saudi Arabia’s position declines because of bin Salman 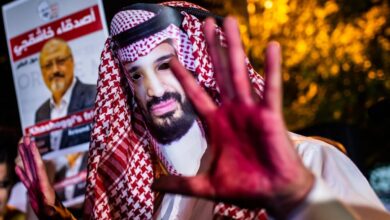 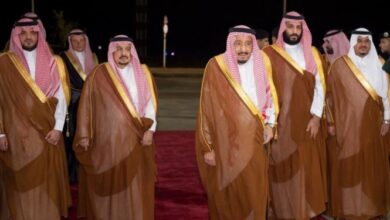 Bloodshed of Saudis under King Salman and his son’s rule