The Saudi authorities still refuse to handover of the body of Abdel Rahim Al Hwaiti for burial, despite the fact that seven days have passed since his murder last Monday because of his refusal to forcibly displace him from his home.

Political activist Alia Al-Hwaiti said that the Saudi government is still intransigent in handing over the body of Abdul Rahim, and claims that there are criminal circumstances, and that it is necessary to verify the circumstances in order to hand over to the relatives of the body.

She added that Abd al-Rahim al-Hwaiti was one of the sons of the elders of the al-Huwaytat tribe, and after documenting all his claims and appeals with the state, he knew of his adherence to his land and his refusal to be expelled from his land.

She stressed that the Al-Huwaytat tribe have more than 800 years and they inhabit this land and they pledged allegiance to Abdul Aziz Al Saud and gave them safety. In return, everyone who objected to the displacement was subjected to imprisonment, intimidation, deportation, or the demolition of his home above it.

Abdel-Rahim Al-Hwaiti is a citizen who seemed from his words to be a thoughtful intellectual. The dreams of Crown Prince Muhammad bin Salman wanted him to leave his home in the village of Khuraibeh in the northwest of the country and he refused.

Al-Hweiti learned of the dangers he stared at his decision, and even predicted that the authorities would kill him and fabricate the circumstances that depicted him as a terrorist that had become familiar to his Egyptian neighbors, he said.

In favor of the controversial NEOM project, the Saudi authorities are trying to evacuate the Hawait tribe to which Abdul Rahim belongs to establish a city that appears from propaganda not only to the detriment of the local population but also at the expense of many of the customs and traditions of Saudi society.

For Abd al-Rahim, the house is not only walls that can be replaced by others, as long as the authorities resolved the situation and killed Abd al-Rahim, as he prophesied and gave him the same charges that he expected as a wanted security and terrorist.

Tweeters responded by recalling the scenario of lying and confusion in the story of journalist Jamal Khashoggi, and pointed out that in the series of video clips Al-Hwaiti recorded before his murder, he presented the deed of his home, stressing the justice of his case and asking his followers for legal advice, a demand that he does not seek as an armed terrorist as claimed by the official version.

Activists also shared pictures of him days before his killing with a Saudi official who was negotiating with the residents about the evacuation, in another contradiction with the claim that he was wanted security. 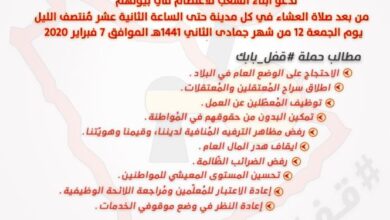 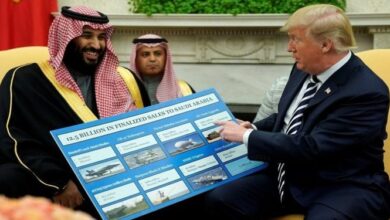 This is how the Saudis depend on Washington’s policies 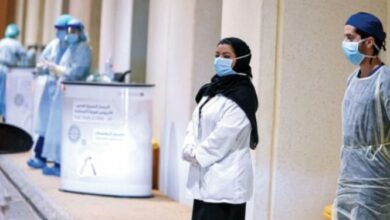