Imagine: It’s a cold morning in Paris, only a few weeks from now. A call comes in to the CIA station chief at his office atop the elegant American embassy near the Champs Elysées. It’s from a Lebanese businessman who was a friendly, occasional source when both were ambitious young men in Beirut years ago. He just wants to “catch up,” he says. “It’s been so many years!”

They set a time and place, in an upscale, but out-of-the-way café. But hanging up, the CIA man suspects there’s more behind the meeting than drinks, reminiscences and gossip about the Middle East, where his contact has made a fortune.

And it turns out there is, eventually. After a few more get-togethers where each man has gently probed each other’s views, the Lebanese businessman finally shows his hand: He’s the emissary of several dissident Saudi princes who want to know where the Biden administration might stand on a plot to overthrow the kingdom’s de facto ruler, Crown Prince Mohammed bin Salman.

The CIA man is not entirely surprised, but his face remains blank as a dead fish. He calls for the check. “Nice to see you. If I have anything else to say, I’ll get back to you,” he says.

Such a scenario, say intelligence veterans consulted by SpyTalk, is not out of the question.

“That’s our job, at least to listen to what they have in mind,” Douglas London, a 34-year CIA veteran who served extensively in the Middle East, tells SpyTalk.

“He would probably instruct the agency to take a meeting, listen to what they have to say, but then reserve any action,” Riedel said.

Biden’s disgust for Mohammed Bin Salman, or MBS as he’s universally known, is palpable. Biden called him a “thug” following the CIA’s finding that the crown prince, 35, directed the brutal 2018 murder and dismemberment of exiled journalist Jamal Khashoggi, a U.S. resident, at the Saudi consulate in Istanbul. Criticism of MBS, of course, is easier now that the U.S. is no longer dependent on Saudi oil.

Give a gift subscription

A large number of Saudi princes also despise MBS. They have suffered mightily since their 35-year-old relative began his power grab in 2017. In an extraordinary move against his rivals and potential opponents that year, MBS, then the kingdom’s defense minister, detained hundreds of princes, billionaires and senior government officials in Riyadh’s luxurious Ritz Carlton hotel, in what he called a crackdown on rampant corruption.

Under MBS’ direction, the hotel turned into a prison where his henchmen hung detainees upside down, beat them and deprived them of sleep for days, forcing them to sign away a total of $106 billion, according to official Saudi figures. One detainee, a Saudi general, died under interrogation.

Since then, many of those detained and shaken down have been jailed or placed under house arrest, generating deep resentment toward the crown prince within the House of Saud, experts say.

As news of MBS’ purge spread, then-President Donald Trump tweeted his support: “I have great confidence in King Salman and the Crown Prince of Saudi Arabia, they know exactly what they are doing. Some of those they are harshly treating have been ‘milking’ their country for years!”

MBS has denied he ordered the murder of Khashoggi, an alibi that Trump never questioned. But Avril Haines, Biden’s nominee for director of national intelligence, has pledged to declassify the CIA’s investigation into the incident, which means Washington is likely to officially blame MBS for Khashoggi’s death—a move that will have legal and diplomatic repercussions.

Moreover, MBS’ indiscriminate use of U.S.-supplied munitions against civilians in his war against Iran-backed Houthi rebels in Yemen prompted Biden’s campaign pledge to curtail arms sales to the kingdom as part of an overall reassessment of U.S.-Saudi relations.

So if any dissident Saudi princes proposed a meeting with the CIA to discuss a coup against MBS, some former intelligence officials say there’s no question that the spy agency should take it.

As far as what might happen next, however, the picture is complicated by logistical, political and diplomatic considerations, says retired Army general James Clapper, a former chief of the Defense Intelligence Agency who also served as director of national intelligence during the Obama administration.

“It would depend on a number of factors,” Clapper said in an email, such as which princes would be involved in the plot.

“Some are more influential than others,” he noted, adding the CIA also would have to weigh such considerations as whether a coup plot could be conducted discreetly, where to meet, and who would be the best U.S. emissary, among other questions.

“If the intent is some form of regime change, that is a very heavy policy call, and [U.S.] policy-makers should deliberate this very carefully and thoughtfully to include contingency off-ramps if things go wrong,” Clapper said.

A number of U.S.-backed coups have gone off the rails. Trump’s failed attempt to overthrow Nicolás Maduro in Venezuela in 2019 ended up further entrenching the corrupt regime. A CIA-backed coup by South Vietnamese generals in Saigon in 1963 ended in murder and more instability. Others burdened nations with decades-long dictatorships.

Riedel, now a Middle East expert at the Brookings Institution, a Washington think tank, says getting rid of MBS could go in two ways. One would be for Biden to find a way to persuade King Salman that MBS’s behavior has blackened the kingdom’s reputation to the point where its standing in the world—and more pointedly, the United States—has been badly damaged.

Riedel says this is highly improbable, for the simple reason that the king would be unlikely to move against his favorite son and designated successor. And he knows that Washington has no real option but to stick with him.

The dissident princes might well want to assassinate MBS, with or without U.S. backing. But such an operation would be enormously difficult to pull off, Riedel said. To start with, the crown prince is surrounded by his own Praetorian Guard. He’s also been spending all his time lately in Neom, the futuristic, high-tech and nearly vacant city he’s been building near Jeddah.

“No one lives there yet, so it’s very easy to secure,” Riedel said.

He added that there already have been credible but unconfirmed reports of three attempts on the crown prince’s life so far, but all failed.

London continued: “To take out MBS, you’ve got to get organs of the state security apparatus in hand. So you have to have people who dismiss, ignore, and cover for you as you set your plot in motion.

“If it’s an organized plot,” he continued, “you need to know how the army’s going to react, how the National Guard’s going to react. But MBS has lots of people keeping an eye on those folks. Then the question is: Are MBS’ spies really loyal to him?

Some experts say the Saudi princes whom MBS may fear the most are those connected to the kingdom’s security establishment. His older cousin Prince Mohammed bin Nayef, an interior minister—and CIA favorite—for many years, is one of them. In 2017 MBS arrested Nayef and forced him to hand over his title of crown prince. Another cousin, Prince Miteb bin Abdullah, ran the Saudi National Guard before MBS arrested him. These experts say those two may still have loyal followers within these institutions who would rally to their calls for a coup.

But another CIA veteran with years of experience in the Middle East points out that MBS now commands all of the kingdom’s security and intelligence services. Moreover, both Mohammed bin Nayef and Miteb bin Abdullah remain under house arrest or close surveillance, making it almost impossible for them to organize a coup.

“You have to remember, these guys are scared shitless” of MBS discovering any plans to overthrow him, said another former senior CIA operations official, who demanded anonymity in exchange for speaking freely about such sensitive matters.

London said there are other elements of the royal family that are more worrisome for MBS. “He probably worries more about what his older, half-brother Sultan is up to,” London said. He cited unconfirmed reports that the U.S.-educated Sultan, a Saudi Air Force fighter pilot and former astronaut aboard the U.S. Space Shuttle, has fled the country.

London also said a coup attempt might come from very unsavory corners, such as the kingdom’s influential, ultra-conservative Islamic clergy, whom MBS has angered with modest social reforms that include allowing women to drive and to appear in public without a male guardian. The clergy has a following of millions of devout believers, some of whom became members of al Qaeda and the Islamic State.

But F. Gregory Gause III, a Saudi expert and head of the International Relations Department at Texas A&M University’s Bush School of Government and Public Service, strongly advises the Biden administration against taking a meeting with any potential coup plotters.

“We get into real trouble when we try to play politics in these places,” Gause told SpyTalk. “The original sin of the Trump administration vis-a-vis Saudi Arabia was getting involved in the ruling family’s politics,” when Trump and his son-in-law Jared Kushner quietly encouraged MBS to position himself as the aging King Salman’s successor. Trump also supported MBS’s 2015 military campaign in Yemen, now in its sixth year, which has resulted in one of the world’s worst humanitarian catastrophes.

The Trump administration further exacerbated conflict in Yemen by declaring the Houthis a foreign terrorist organization, effectively strangling humanitarian aid. Both the United Nations and international aid groups say the move jeopardizes their ability to provide both food and medical assistance to civilians living in Houthi-controlled areas, as well as diplomatic efforts to resolve the conflict. In addition to the ongoing fighting, U.N. officials say there is now the threat of widespread famine.

London predicts Biden will follow through on his pledge to withdraw U.S. support for the Saudi-led war in Yemen, a move that is likely to include curtailing arms sales to the kingdom. He says he’s not that concerned if MBS turns to Russia or China for arms since it’s very difficult to integrate their weapons systems into the kingdom’s mostly U.S.-equipped military.

But he also says that despite Biden’s campaign pledges, he should think about the ripple effects before stressing human rights in his approach to Saudi Arabia.

“For example, if U.S. courts award a large settlement to the fiancé of Jamal Khashoggi, will Biden seize Saudi funds to pay the settlement?” London asks. “And what will the repercussions be? Will Saudi withdraw all of its funds from U.S. banks? Stop buying U.S. Treasury bonds? I think he’s going to be a little more flexible on that in the context of the broader relationship.”

Gause agrees that the U.S.-Saudi relationship is likely to become chillier under the Biden administration. But he adds that if the new president wants to carry out his plan to return to the 2015 Iran nuclear agreement, address Tehran’s ambitions in the Middle East or maintain some influence over global oil prices, he’ll have to find a way to bring MBS on board. And that means he’ll have to reach out to the man he despises.

“There is no work-around,” he said. “MBS is the guy who calls the shots.”

And should any dissident Saudi plans to topple MBS reach Biden’s desk, the president will have to say, thanks, but no thanks. You’re on your own.

“In truth,” says Riedel, “there’s not much we can do to assist, except let them know we will embrace those who overthrow him.” 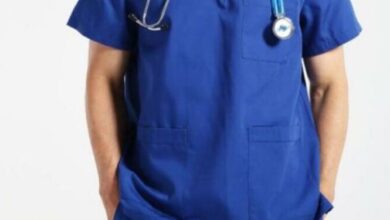 Video: Punishing a Saudi nurse for giving his colleague underwear 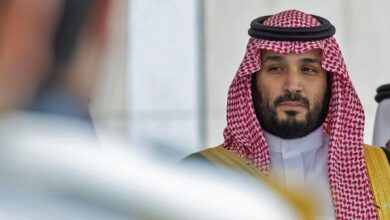 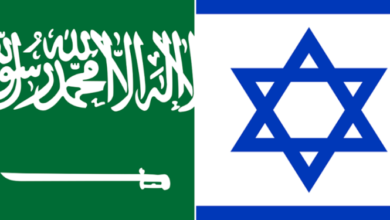 Leaders of Jewish organizations guests of the Saudi Royal Palace 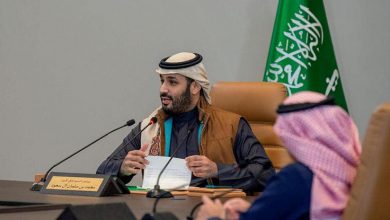