en months ago Saudi Arabia’s royal family anticipated hosting this weekend’s G20 summit in the belief that the gathering of world leaders in Riyadh would be a showcase for the evolution of the kingdom. By extension it would be a chance to rehabilitate the image of Crown Prince Mohammed bin Salman after the murder of the journalist Jamal Khashoggi by a hit squad of Saudi state thugs.

Those hopes risk being unfulfilled.

The coronavirus pandemic has required the summit to be held online. The conference centre in Riyadh will lie empty. The capital itself, greened for the occasion, can expect no visitor rush. Photo-ops of leaders shaking hands on red carpets will be replaced by the now familiar divided video screen. The meat and drink of summits – the personal bilateral and artificial late-night “drama” over communique wording in leaders’ hotel rooms – will all be replaced by soulless, virtual discussions.

The communique itself is likely to be unambitious about the scale and length of Covid-related debt relief for poor countries. The sense that the summit marks Donald Trump’s swansong hardly injects it with impetus either.

But it comes at a critical time for Saudi Arabia itself. Trump was a great if wayward ally of the ruling House of Saud, choosing Riyadh as the destination for his first foreign trip in 2017. Joe Biden, by contrast, has promised a review of US-Saudi relations and said he will make Saudi Arabia “the pariah state that they are”.

David Rundell, a former US diplomat with 20 years’ experience in Riyadh, even claimed this week that Saudi Arabia’s definition of success at the summit will be maintaining its connection to the rest of the world, which Joe Biden’s election has put into question. “Saudi Arabia has to make its case,” he said.

It is busy doing so, pointing to the painstaking efforts it has put into hosting the G20. Abdulaziz Sager, in charge of the summit, said there had been 127 online pre-meetings involving academics, city mayors, businessmen and ministers. By one estimate, 17,000 people have been involved in engagement groups.

Hanaa Almoaibed from the King Faisal Research Centre admitted “it had been a huge disappointment that the event had to be taken online”, but said the year had sparked unprecedented civic engagement.

The country’s most senior diplomat, its US ambassador Reema Bandar Al Saud, used a keynote speech this week to send a message to the incoming Biden administration. She said her country was America’s greatest ally in the fight against extremism and terrorism and claimed that some Saudi critics, by contrast, “just want to burn it all down”. Reprising buzzword claims about the country’s Vision 2030 project, she said her country was an inclusive society committed to gender equity.

“Some critics cling to outdated, outmoded and completely obsolete views of the Kingdom,” al-Saud said. “We recognise we need to do a better job at correcting an inaccurate and distorted view of the kingdom. When we are challenged on human rights we need to better explain that progress does not happen overnight, change is incremental, progress is not a straight line, but a curve, and the bend of the curve is towards equity.”

She may be right, but even a hint by her brother Khalid – the UK ambassador – that a case could be made for clemency for some of the country’s imprisoned women ahead of the G20 was disowned.

As for the war in Yemen, seen by many democrats as a pointless and immoral venture, she blamed the Houthis for walking away from the table, and pointed out that more than 300 ballistic missiles had been fired into Saudi Arabia. And on Saudi Arabia’s great rival, Iran, she said there was a reason why Saudi Arabia was chairing the G20, and Iran was isolated. Saudi graduates, she said, were flocking to return to Riyadh. In Tehran there was nothing but a brain drain.

The imprisonment of Saudi women’s rights activist Loujain al-Hathloul makes the kingdom’s claims to be championing women’s equality sound hollow. Photograph: Reuters
But for all their advocacy, Saudi diplomats have found themselves challenged on how all this espousal of diversity and empowerment squares with the reality. There is a particular focus on the imprisonment of the women’s rights campaigner Loujain Al-Hathloul.

Hathloul, who campaigned for the right to drive, could have been a symbol of a new, emancipated Saudi Arabia, but is instead on the 23rd day of a hunger strike. She has been detained without charge since May 2018 for campaigning for women’s rights.

Equally, the house arrest since March of the former crown prince Mohammed bin Nayef has lost the ruling family more prestigious friends. His treatment at the hands of his successor and cousin Mohammed bin Salman is now the subject of an inquiry by an independent panel in the UK led by the Conservative MP Crispin Blunt. His treatment reveals how bin Salman, once feted by the west, seems in the minds of western politicians unable to rule through consensus.

Lina Al-Hathoul, sister of Loujain, understands the summit’s potential value for her sister’s jailers. “Hosting major events such as the G20 not only affords the kingdom the image of a powerful, modern country and global economic power, but also draws international attention away from the reality of rights abuses that occur mere miles away.” She urged Saudi leaders to be smarter and “not embarrass themselves” by failing to turn a new page ahead of Biden’s arrival.

She has been supported in the UK by Helena Kennedy, the author of a new report on the treatment of female detainees in Saudi Arabia. “No decent nation should be attending this G20 charade without making demands that these women will be released,” Lady Kennedy said. “These women have been detained in abysmal conditions because they are an affront to the power structures in Saudi Arabia.”

The shadow foreign secretary, Lisa Nandy, said she could see “the principled and deeply held arguments” for a complete boycott of the summit, but added: “I tend to feel it is better to be in the room having the argument and making the point than outside failing to do so.”

But she said it was not clear the UK government was building the alliances to confront Saudi Arabia. “The UK cannot afford to be silent on human rights abuses; it undermines our standing in the world when we are morally inconsistent who we are prepared to call out.”

Similar pressure is being placed on German and French leaders, and the danger for the Saudis is that the focus of the summit stays on its hosts, and not the issues due to be discussed. 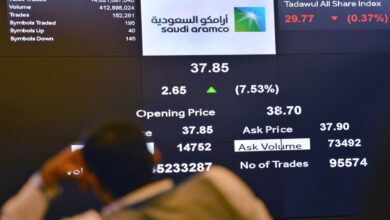 Over $27bn in loses in Saudi due to oil price crash 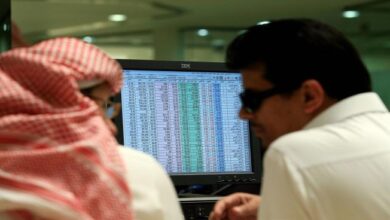 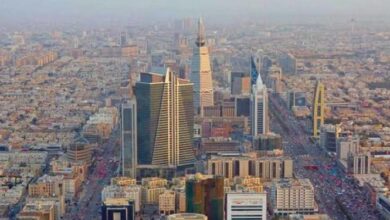 Dire scenarios for KSA’s economy due to the oil crisis