The Saudi authorities pursue repression and prosecution to exclude opposition and distract society from significant issues such as demanding political reforms, fighting corruption and widespread unemployment.

The authorities intend to maintain the policy of arrests and the campaign of repression and intimidation against prisoners of conscience and activists and bring them to a stage of poor health. The thinking of citizens and human rights institutions remains limited only to demanding their release.

Although most Arabs are preoccupied with oppression, persecution and political detainees in prisons, the Saudi people surpass them in this dark side even more.

The prominent Saudi academic, Madawi Al-Rasheed, highlights that the Saudi regime deliberately pursued a deliberate plan so that the people would be occupied daily in a new detention situation and the poor health of a conscience detainee, “and thus we turn away from thinking about matters greater than the detainees.”

Al-Rasheed says that the state of exhaustion that they (as writers, activists and human rights defenders) are subjected to in the victory of political detainees “takes a lot from our ability to think about a topic greater than theirs,” similar to demanding political reforms and combating corruption.

She compared the current political situation in Saudi Arabia and other neighbouring countries, saying: “When we listen to the dialogues of the Kuwaitis or those of our neighbours, they talk about a constitution, corruption, and usurped rights in the state, other than the detainees’ file.”

“As for we (the Saudis), since the 1990s, we have been talking about detainees. As soon as you release a detainee, the last one enters his place, and now no one gets out except rarely, on the contrary, they are losing their lives inside prisons,” she added.

The Saudi authorities are not satisfied with practising repression and launching massive arrest campaigns against intellectuals, scholars, journalists, political activists, and human rights activists and placing them in prison.

It hides dozens of them in secret prisons. According to what Saudi human rights organizations operating outside the country say, some prisoners have been killed due to torture.

The European-Saudi Organization for Human Rights monitored in more than one report about enforced disappearances in Saudi Arabia and concerns about the fate of the disappeared.

Human Rights Watch organization said in one of its reports that arbitrary detention affects thousands in Saudi Arabia. 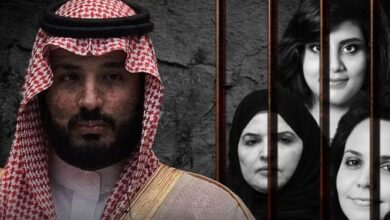 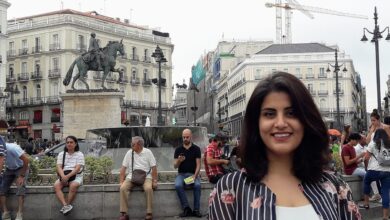 Loujain al-Hathloul might end up in prison for 20 years 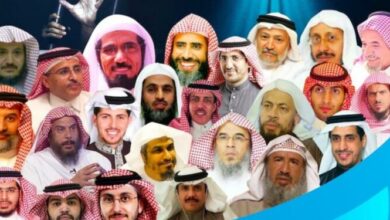 Prisoner of conscience died in Saudi prisons due to torture